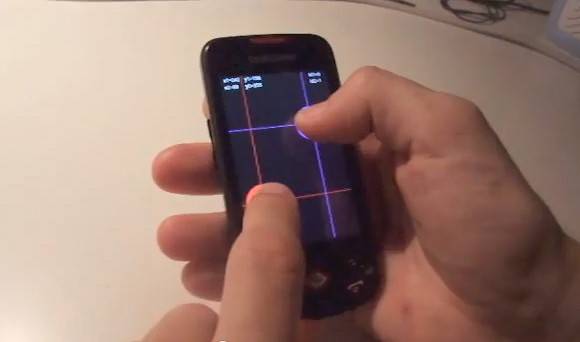 With Samsung’s spotty updates for it’s line of phones many people are resulting to homebrew to bring much requested features to their own handsets. One of the biggest want’s among the community is of course, multitouch.

Multitouch is usually something people would refer to as being a hardware feature, or lack there of. However with some homebrew drivers that just hit the internet via forum user Gabriel-LG on Samdroid.net it has not been ported to the i5700.

The i5700 is officially only able to support one finger input at a time. This is clearly yet another example of how “support” can not only mean by hardware limitations, but the manufacturer’s willingness to work on and maximize it’s potential in the software department.