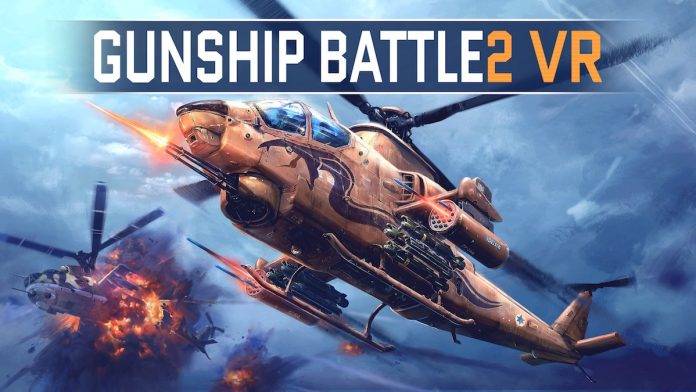 If you’ve never tried playing games on your virtual reality headset (well, if you have one that is), then you’re missing out on a truly immerse experience that you obviously can’t get from just playing on your phone. So whether you want to try it for the first time or you’re already addicted to VR games, you might want to check out Gunship Battle2 VR, the latest installment in the Gunship Battle video game series, now available to play on your Samsung Gear VR.

With the game comes two story-driven episodes, both with 10 stages each. It is not just a simple VR experience but is actually fully immersive, with you seating at the cockpit of a plane. You play Lieutenant Dylan Reece, a former pilot for a top secret government project. But now your memory has been wiped clean, and yet the fate of the world hangs on you and your “experimental gunship”. You will fly over various terrains in order to complete your mission objectives.

The two episodes have 10 stages each and each stage has a different level of difficulty and of course different task objectives as well as unique settings. The game has an open battle field with free movement format and is a “full-fledged VR game” with dedicated 3D cut-scene environments so the story-telling experience will all the more be interesting.

You can get Gunship Battle2 VR from the Oculus store for your Samsung Gear VR for $9.99. It may be a bit expensive for some, but that is the going rate for immersive VR games like this one.