BitMonster, makers of the turret zombie blasting game Gunner Z has now brought that specific game from iOS over to Android, opening up full zombie blasting action for Android users. You might assume you know how a zombie game usually works, but Gunner Z just adds a lot of fun into it.

Normally, your character would be running around, toting anything from an axe to a grenade launcher, trying to blast as many zombies as you can. Well, that is not the case here. In this game, you will normally be deployed in an armored vehicle, from where you get to blast the zombies from a gun turret. Sounds fun, yes? 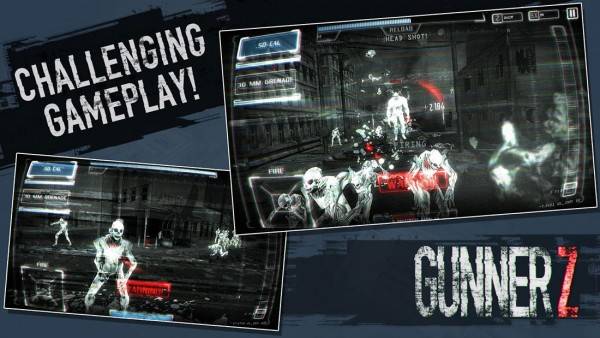 The problem is, these are not your normal, garden variety zombies. These are weaponized buggers, so they seem to be a lot stronger than normal. There are various types of zombies, and add to that some huge-ass beasts which are also being used as weapons together with them zombies. So you better shoot darned well.

Gunner Z is a free download from the Google Play Store, with a few goodies offered as in-app purchases. Tell us if you like this game, because we’re gonna be trying it out as well.