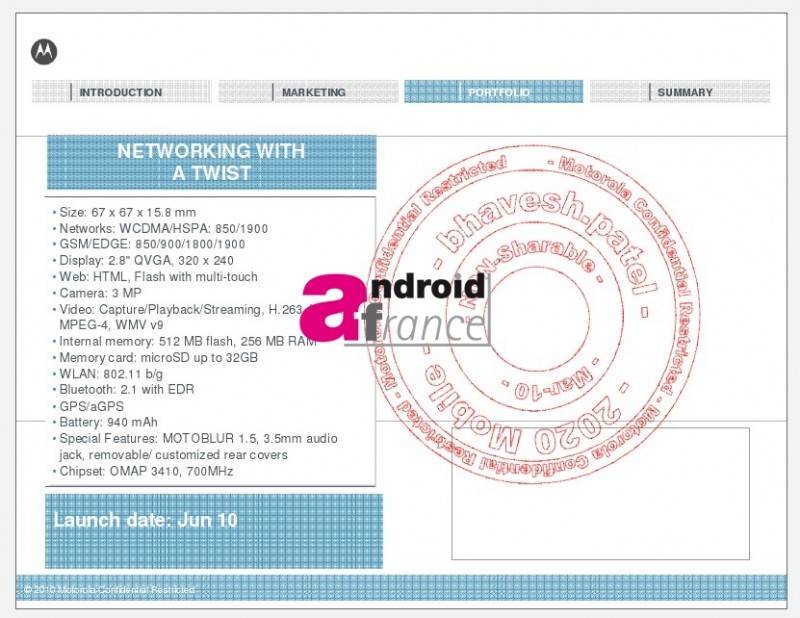 The guys over at Droiddog leaked the picture below a few days ago. We had a discussion on the validity of this device in the forum. The story behind the leak was so odd that I assumed it was a fake. Now the screenshot below has surfaced and it seems to validate the existence of this ugly device. 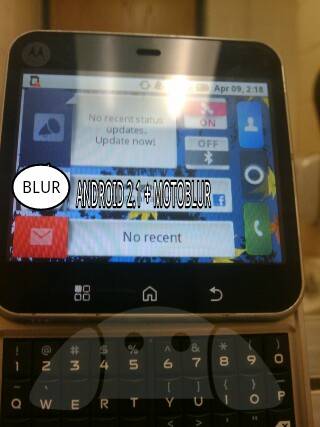 Android France got a hold on the screen shot above, this device is called the Twist and is rumored to be released on June 10th. This device is 67x67mm, and is 16mm thick, with a 2.8-inch screen at 320×240 pixels. Quad-band EDGE and dual-band HSPA is listed with North American 3G bands. Also, there’s a 3MP camera, 512MB ROM/256MB RAM, Wi-Fi b/g, aGPS, a TI OMAP 3410 processor at 700MHz and a 940 mAh battery. The device listed in the spec sheet does have a square shape like the leaked picture and it is MotoBlur, 1.5 device.