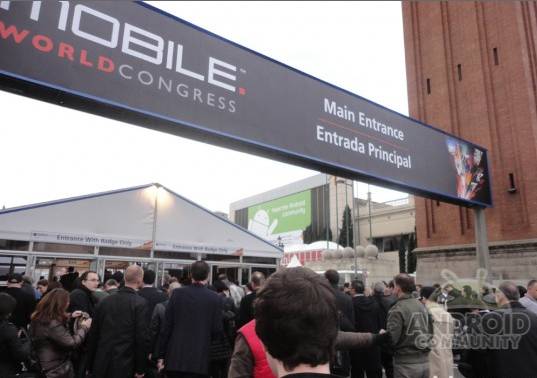 Barcelona Spain is the home to million and millions of people but for a week or so it is the biggest mobile event in the world. Something we all know and love as Mobile World Congress. This is where we see the latest and greatest devices for the mobile markets but this year we might have some trouble. The main public transport operator in the metropolitan area of Barcelona, the TMB and their workers have planned a strike during the middle of MWC 2012. If you are a member or part of the press planning to attend you’ll want to keep reading.

We’ve heard small details about this public transit strike for a week or so but today the group behind Mobile World Congress has issued a statement. The GSMA isn’t too worried about the planned strikes and are assuring the world and everyone planning to attend that this will not effect them. The announcement also details the City of Barcelona, Catalonia Regional Government, Spanish Ministry of Industry, the Fira and the various police authorities have been meeting regularly to try and resolve the issue before the planned event.

For those planning to attend, GSMA also has reported that they’ve designed a comprehensive contingency plan that will take place should an agreement not be met, and the strike goes forward. This will ensure all attendees will have safe and easy transport to and from the event.

The GSMA remains confident that the issues will be resolved and that there will be little, if any, impact to the Mobile World Congress.

We’ve been writing about MWC 2012 for weeks now with hints at the Galaxy S III and tons of quad-core phones from HTC, LG and many many others. Mobile World Congress 2012 will be from February 27th through March 1st for those wondering. You’ll want to stay tuned right here to Android Community as we will be there live (and hopefully safe). All the news will be right in our MWC 2012 Portal. Click below for more details on what to expect from MWC this year.