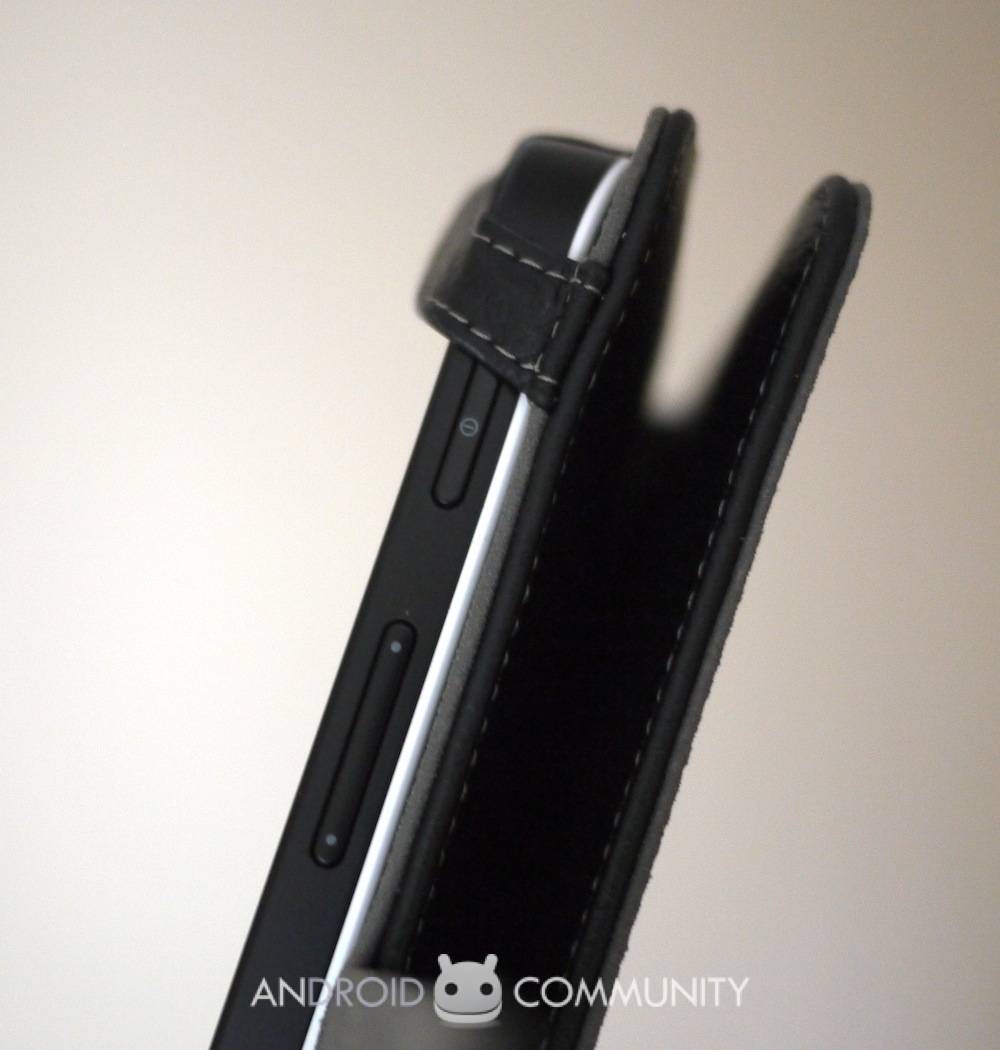 Griffin Technology is well known for its range of Apple accessories, but with the latest Elan Passport case it’s branching out into Android tablets. Sized for Samsung’s Galaxy Tab, the folio-style case fits both the 7-inch slate and a couple of credit cards, the modern-day equivalent of a Filo-Fax.

The leather-style case unsurprisingly adds a little thickness to the Galaxy Tab, measuring around 0.9-inches with the slate inside. Branding-free, bar an embossed Griffin logo in the bottom left corner, it’s held shut with a simple strap and loop arrangement. Inside, a light grey microsuede interior is suitably soft to rub up close with the shiny Samsung.

On the inside left panel there are two slots, cut out for taking credit cards, receipts or other scraps of paper. The Galaxy Tab is held in place with four corner hooks, two of which are elasticated. The headphone jack and right side buttons are left clear, as is the charging/docking port on the bottom edge, but the speaker holes are partially covered. There’s no real impact on audio performance, however, and the Tab is held in place sturdily; we couldn’t shake it out, either with the front closed or open. 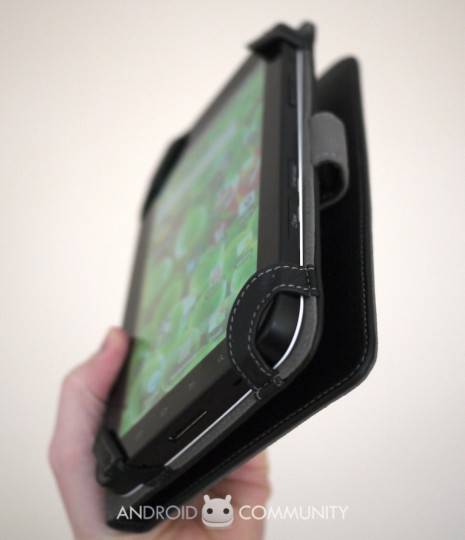 What you don’t get is a cut-out for the Galaxy Tab’s rear camera, meaning that if you want to take a photo you’ll have to remove the tablet altogether. The reassuring hold of the corner hooks can make this a tricky process if you’re in a hurry to grab a shot. As for the front-facing camera and light sensor, they’re left uncovered so that you can still make video calls. Construction quality is high, with tough stitching and sufficient overlap at the edges to protect the Tab should it be dropped or bumped.

Back when Samsung launched the Galaxy Tab at IFA 2010, the company described it as a modern day personal organizer – small enough to fit into your inside suit pocket, and with the custom apps to make it a suitable replacement for a paper-based diary. The classic styling of the Griffin Elan Passport does make it feel more business-focussed. 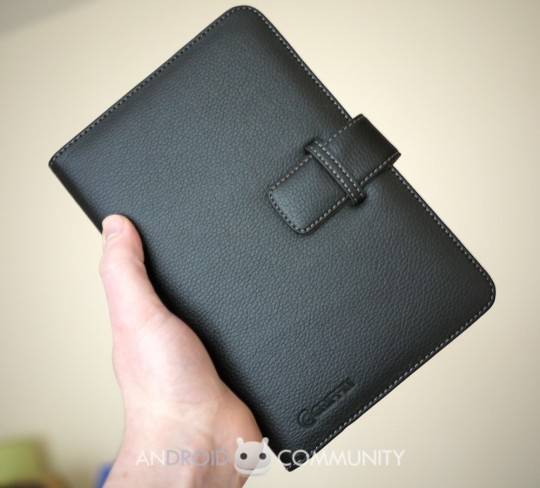 With an RRP of $29.99 / £29.95, the Griffin’s most significant rival will be Samsung’s own easel case. The Elan Passport is faux-leather, unlike the Samsung’s real leather, and the official case also has a bi-folding cover that props the tablet up for watching videos or more comfortable typing in landscape orientation.

It’s also cheaper, with a street price undercutting that of the Griffin by a few dollars or pounds. The Elan Passport is a sturdy, serviceable case that does what it promises, but there’s no stand-out feature to sufficiently differentiate it from other folios.