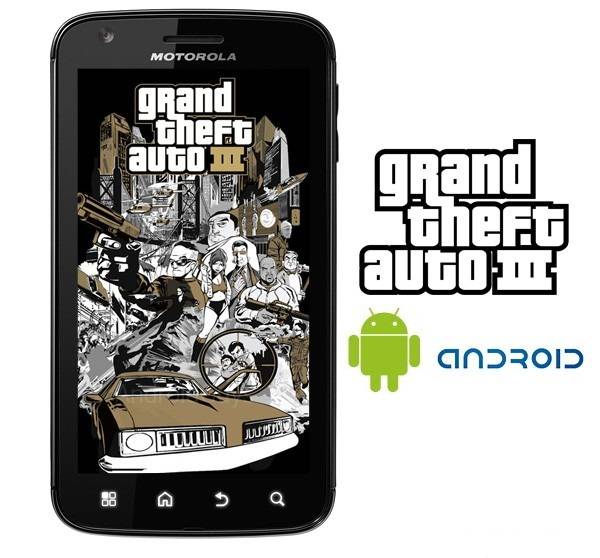 Yes! The awesome guys over at Rockstar games has just delivered not one, but two gifts for Android fans this holiday season. The recently released for Android version of Grand Theft Auto III has been dropped to just $2.99 for the holiday season until December 29th. If you get any AMEX giftcards for Christmas you might want to snatch this game before the price goes back up.

Not only did this awesome and epic crime-style mobster game get a 40% discount but it has been updated to support some of the latest and greatest smartphones. Most of the 1 star ratings were for cut scenes freezing the game, and the lack of device support. All Samsung Galaxy S II phones, DROID Bionic, and the brand new Galaxy Nexus all are now fully supported on GTA III. Who’s ready to steal some cars?

The list of improvements also mentions those cut scenes and immediately skipping cutscenes will no longer cause issues and freezing for most devices. They’ve also increased the shader error handling and improved on the graphics a bit. Not to mention the user bug and performance fixes we see on every changelog. Get it now for the holiday price of just $2.99 from the market link below — and don’t forget to be nice to pedestrians and stop at all red lights.