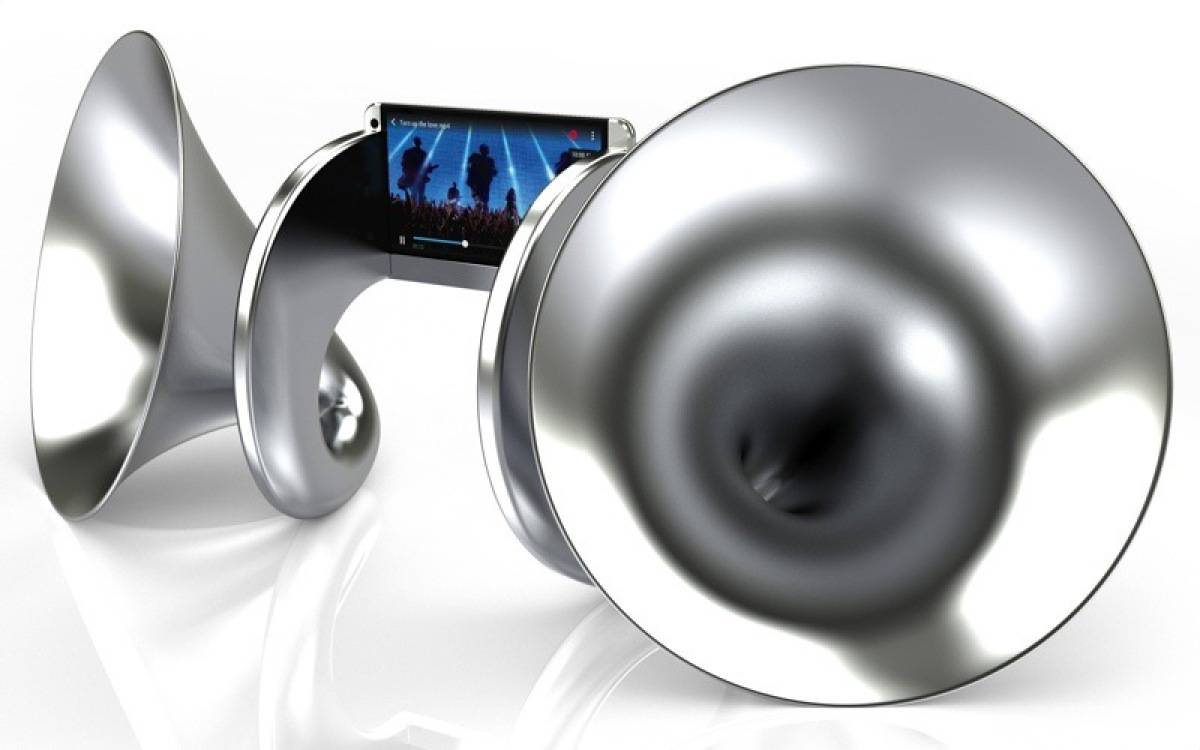 While the company might be denying it, almost everyone thinks that HTC is in hot water and is in dire need of a good comeback. It seems, however, that its dire need might have loosened a few screws here and there as its UK branch unveils this 3D-printed Gramohorn II for the HTC One that looks straight out of a dystopian steampunk or science fiction TV prop.

This luxury accessory, and you’ll see later why it is such, comes out of HTC UK’s “Here’s To Creativity” campaign that seeks to support the country’s young artists by showcasing their works commissioned by the company. As the name implies, the Gramohorn II is just the second incarnation created by designer Justin Wolter, whose first Gramohorn was mono horn dock for the iPhone.

Aside from an odd curiousity to look at, the Gramohorn II actually serves a practical purpose. It acts as a dock for the HTC One and, by aligning the smartphone’s two BoomSound front speakers to the openings of the horns, is able to amplify sound coming out of the device by as much as 50 percent. Of course, do not expect the best acoustics as this contraption is designed not to function well but to look well, and it is questionable if it has achieved even that.

This is definitely an eyecather whose sole purpose is to, well, catch your attention and nothing more, which is probably the only thing HTC is interested in anyway. That said, those who have been taken by the two horns can order a plaster resin build for $1,160. For some tingly metallic visual and sound quality, one can opt instead for the limited stainless steel edition which will only set you back by $8,030.