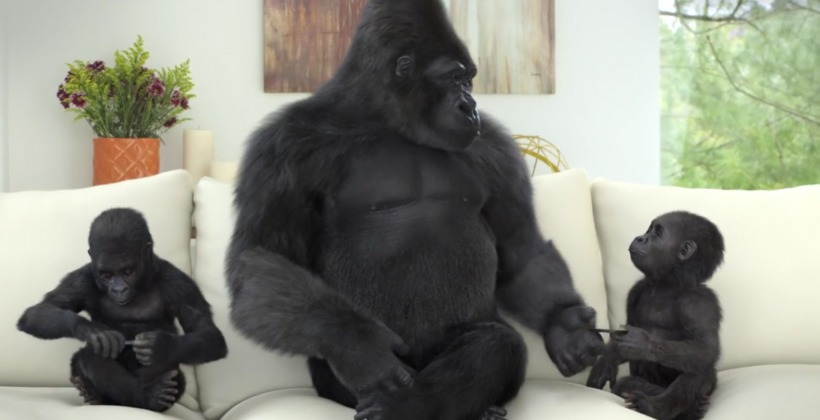 How many seconds off of your life has dropping your smartphone on the pavement caused you? Someone should do a study about that, as this is probably one of the causes of cellphone anxiety. Corning, the makers of the Gorilla Glass which most likely is the one your smartphone uses to cover its pixels, has just announced the arrival of Gorilla Glass 4. The newer version of their screen will apparently now have better drop protection and will help your heart not to race so much when you hear the thud of a dropped phone.

The scientists over at Corning found out during their research that the pavement was the number one culprit in broken displays of smartphones (apparently, units hurled by angry lovers were a distant second). So with Gorilla Glass 4, they decided to strengthen its core and let clumsy people breathe a sigh of relief everytime they would drop their phones. It is now “up to” two times more durable when dropped from a height of 1 meter, as compared to the current Gorilla Glass 3 and survived 80% of the time.

In terms of optical clarity, it has the same as its predecessor and improving the drop protection for the Gorilla Glass 4 did not mean changing how your display will look. However, what we’re not sure of yet if it can still maintain the thinness that we’re used to seeing with our current flagship devices, which more or less probably uses Corning’s. But at least for now, we can be assured of the drop protection from the tests they’ve done and the ads they produced with, what else, gorillas.

Expect the next glut of smartphones to be produced next year to have the Gorilla Glass on their displays. And given how much people on the go damage their phones while mobile, that is indeed a relief to have both scratch resistance (something Corning is proud of) and drop protection on your display.