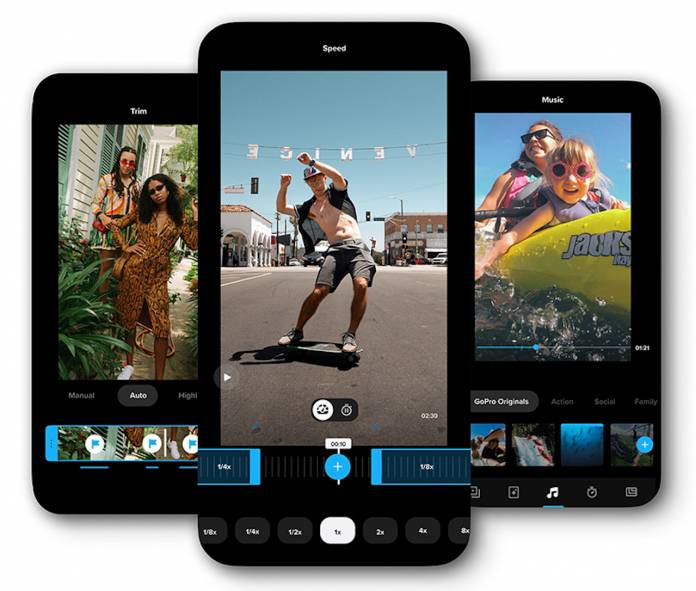 GoPro has relaunched and renamed its official smartphone app into Quik, an app to connect your GoPro cameras still but also a robust photo and video editing tool. You will be able to store and edit media regardless of what device you took the photo or video with. And if you want to have “unlimited” storage, you will soon be able to upload it on their cloud storage tool which will come later this year. But of course, not everything comes for free.

It’s actually not the first time that GoPro introduced an app named Quik. They previously had an auto-editing video tool with the same name before but it hasn’t been updated or supported for some time now. So now we’re introduced to a new Quik app which aims to not just edit your photos and videos but also save them from the “abyss of your camera roll”. It has a featured called Mural that helps organize your favorites into a sort of private feed where you can easily view and access the ones you always want to go back to.

But if you’re here for the editing tools, it also has a lot to offer. You get the usual things like adjusting exposure, contrast, color, etc. You can also add text, stickers, and other things to both the photos and videos. You have a video speed tool so you can add slow-mo, freeze frame, or fast effects to your videos. The previous Quik’s auto-editing tool to a beat is also available in this new Quik app. There are also filters, themes, frame grabbing, and social sharing.

You will also have unlimited importing of photos and videos not just from GoPro devices but from your smartphone, DSLRs, and other cameras. Later this year, they will also introduce unlimited cloud backup as well where you can store them in their original quality. Hopefully this will not eventually go the way of Google Photos which will be counting your storage against your Google cloud starting June 1.

Quik is free to download with some basic things like connecting to your GoPro devices. But to be able to really use all the photo and editing tools and later on get the unlimited cloud backup, you have to subscribe to $1.99 per month or $9.99 per year. Not bad especially if they do live up to the promise of unlimited cloud backup. GoPro Subscribers will already get all the benefits of the Quik subscription.