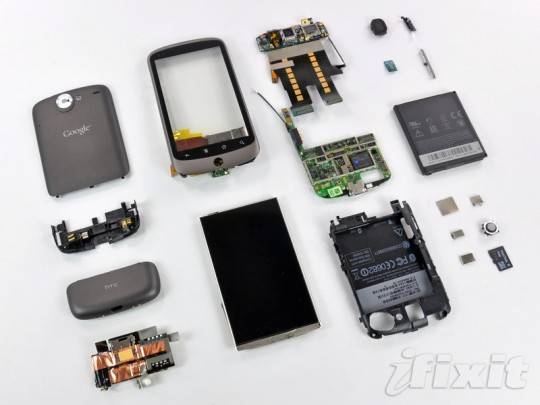 Well, iFixit has done it again, they got their very own Android superphone and decided to tear it apart. For those who want to know what’s inside the so-called superphone, this is good news, but others might be screaming; “what were they thinking!”

The good folks over at iFixit made a few discoveries after this teardown, one of them is that the WLAN chip is Broadcom’s BCM4329. Which is WiFi 802.11n-capable, and HTC actually confirmed to SlashGear earlier on yesterday, that the Nexus One has the hardware to connect to the faster wireless network standard.

After forking out $530 plus taxes on one of the greatest smartphones nowadays, I would definitely want to use it as intended, not break it in pieces, but that’s just me. Would you do that to a great handset? Especially after spending a good amount of money on it?