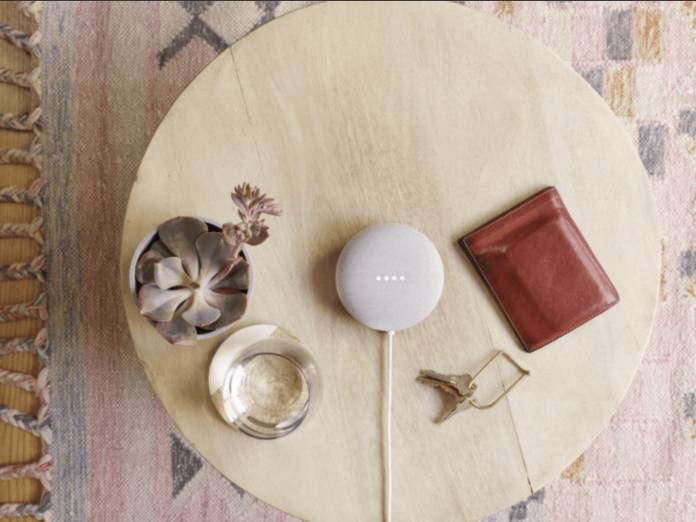 It’s not just the Pixel 4 and the Pixelbook Go that we can expect to be announced at the Google event later today. Smart speaker enthusiasts can have something to look forward to as well as they are expected to announce the next-generation Google Home Mini which will now be called the Google Nest Mini. A German news site has now leaked “official” renders of the device and while it seems similar to its predecessor, there are also some significant changes.

On the surface, the old and the new may seem the same but if you look closely, there are some things that are new with the Nest Mini. First off, it now has a grove so you can mount the speaker on the wall or hang it on a hook if you want to. But of course, you will still need it to be wired at times so the USB cable that comes with it is 1.5 meters long. This way you can hang your mini smart speaker at a useful height, according to WinFuture which leaked all the images of Google’s new device.

Design-wise, or at least material-wise, there are a few changes as well. They use recycled materials, specifically shredded plastic bottles for the top half while the lower part of the housing is 35% recycled plastic. The underside color will now match the rest of the speaker which will come in four color variants: anthracite (probably charcoal), rock candy (maybe light gray), Coral, and Sky Blue. 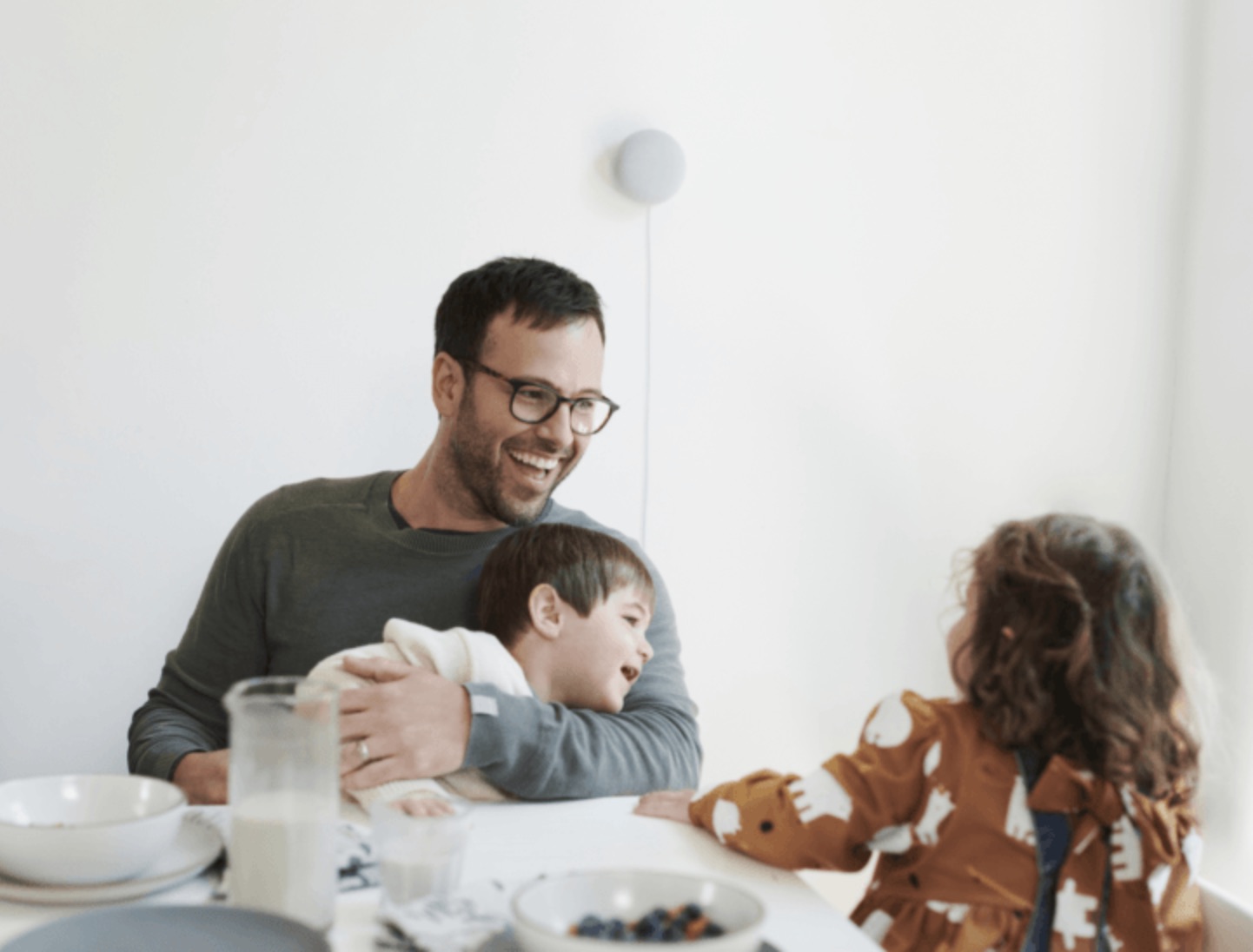 Specs-wise, the Google Nest Mini now has Bluetooth 5.0 and has 802.11 b/g/n/ac Wi-Fi. It also now has 15-watt power supply, an upgrade from the previous 9-watts. The device has four embedded indicator lights and a microphone switch, similar to the Home Mini before. But based on the images, there doesn’t seem to be a physical reset button but maybe it’s just not visible right now so we’ll wait for the official announcement and specs sheet. 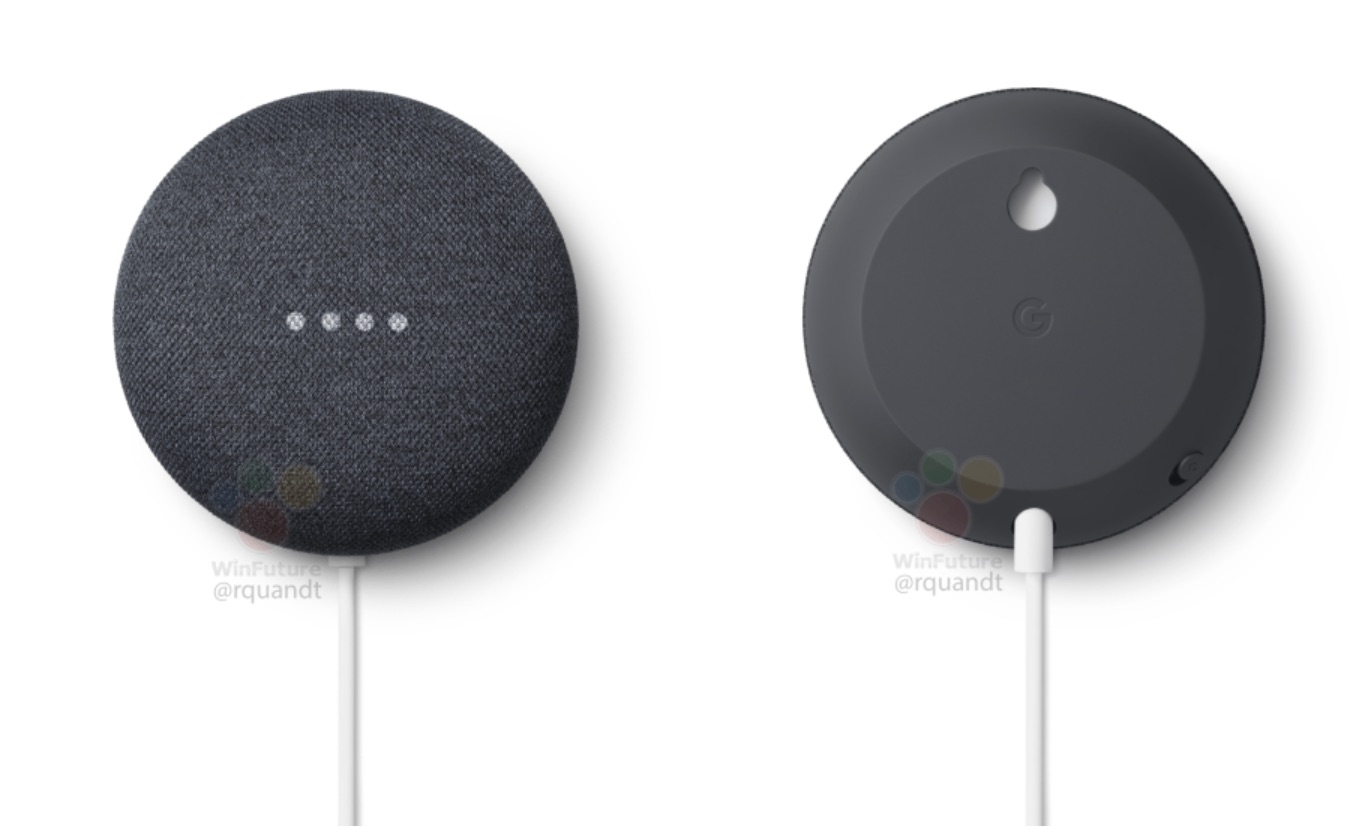 In terms of its software and features, WinFuture didn’t have much information about the Google Nest Mini but it’s expected to have the same ones as the previous model. It is expected to be launched at the Pixel Launch event later and should be available later this week.