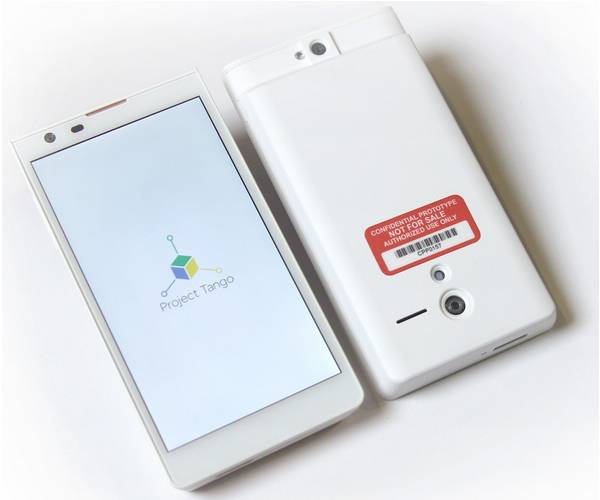 Google has announced Project Tango. In simple form, this is an experimental Android smartphone loaded with 3D sensors to map your world. The project comes by way of Google ATAP, aka, Advanced Technology and Projects and initially will be a limited run of just 200 units. These devices are intended for developers and are expected to be sent out by mid-March.

While this essentially means most people will never get to spend any hands-on time with a Project Tango device. Or for that matter, actually see a Project Tango device in the wild, the story about what they can do is rather interesting. Project Tango is being launched with a goal of being able to “give mobile devices a human-scale understanding of space and motion.”

The handset sports a 5-inch display and has sensors capable of allowing the phone to capture over a quarter million 3D measurements per second. The position of the phone and orientation updates in real-time, and the data is then combined into a single 3D model of the space that currently surrounds you. It also happens to be running Android.

Obviously the use cases will vary widely. For now Google is pushing these towards developers, and asking questions about whether they plan to develop applications, games, algorithms, or something else entirely. Looking back to an average use case though. Here Google offers suggestions about being able to capture the dimensions of your home — before you go furniture shopping. Or alternatively, for use with the visually-impaired so they would be able to better navigate (unassisted) in an unfamiliar indoor location.

In terms of the project as a whole — you’ll find it headed by Johnny Chung Lee. He has been with Google since early 2011, but some may remember his name being associated with Microsoft’s Kinect. Anyway, while this is just a first introduction here, it seems Project Tango will be something we have to keep our eye on.