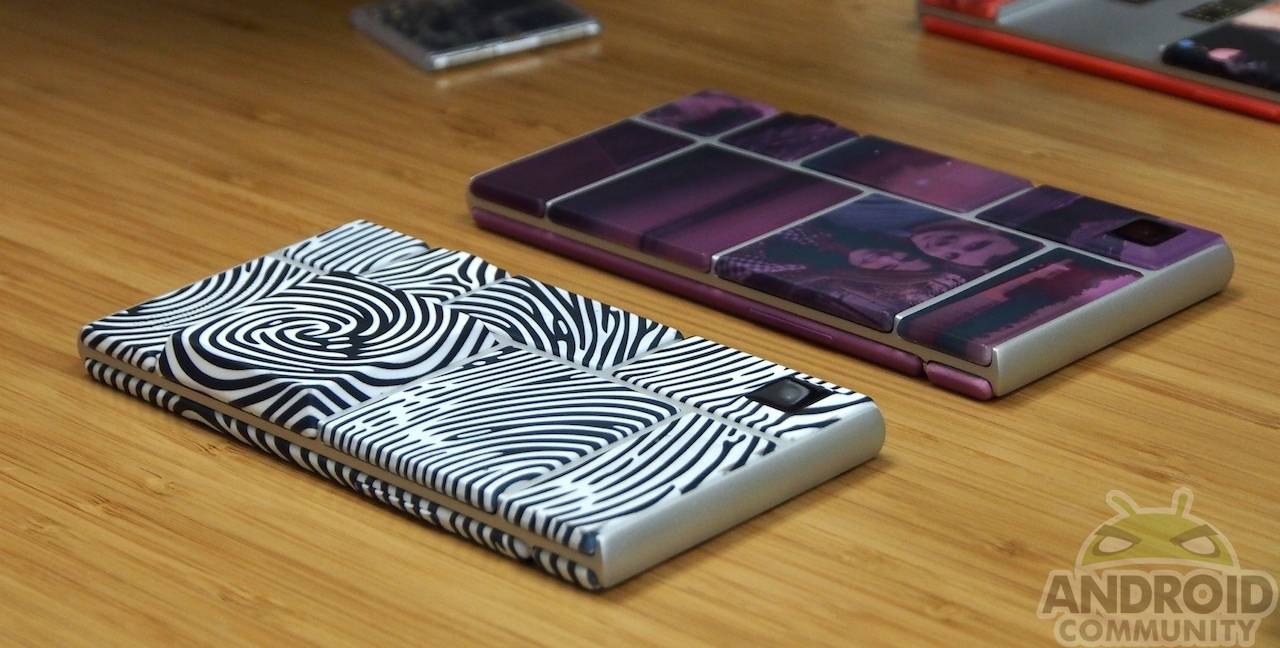 The modular smartphone you’re about to take a peek at goes by the name Project Ara. It’s a modular smartphone concept, coming from Google ATAP and actually – eventually – coming to the market with its own hardware store. Where you may have purchased your own custom Moto X in the past, you get one shot – the device stays as it is. With Project Ara, you’ve got the option of updating the smartphone’s hardware – new pieces can be added whenever you like.

This device uses physical pin contacts to connect each module to the device’s skeletal innards. While the video you’re about to see shows the pieces sliding in and out with ease, you’ll need to do a bit of fiddling to make certain you’re connected here. 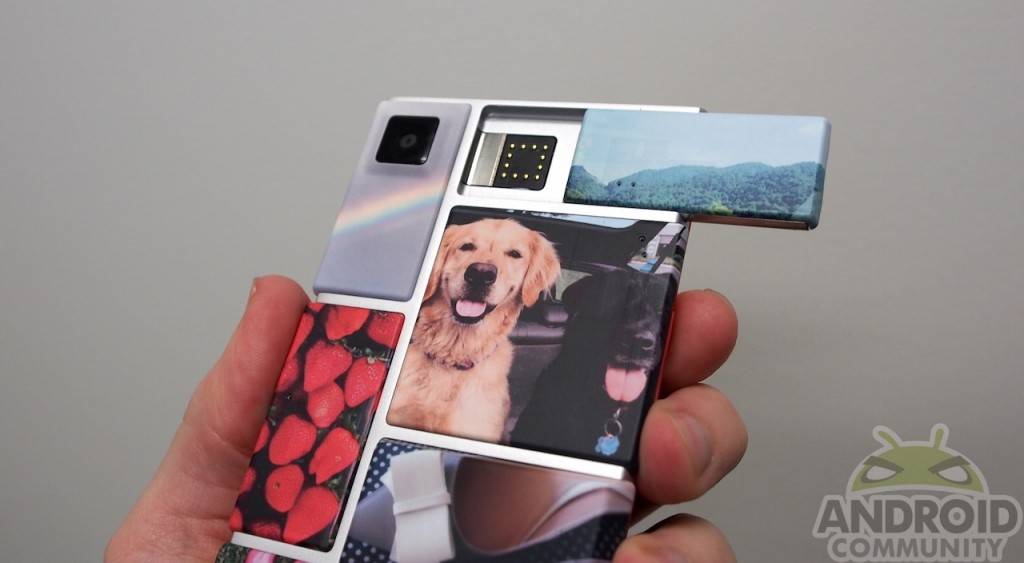 The “Spiral 2” model we’re seeing here isn’t the final delivery vehicle for Project Ara, of course – so not to worry about any less-than-perfect bits in the hardware so far. If this were the final project, we might be a bit concerned about the hold.

The models we’re seeing today come in several custom colors and designs – they aren’t by any means the final designs or colors for the device lineup. We’re expecting a whole lot of options for colors, designs, and customization – including personalized customization – in aesthetics in the near future. 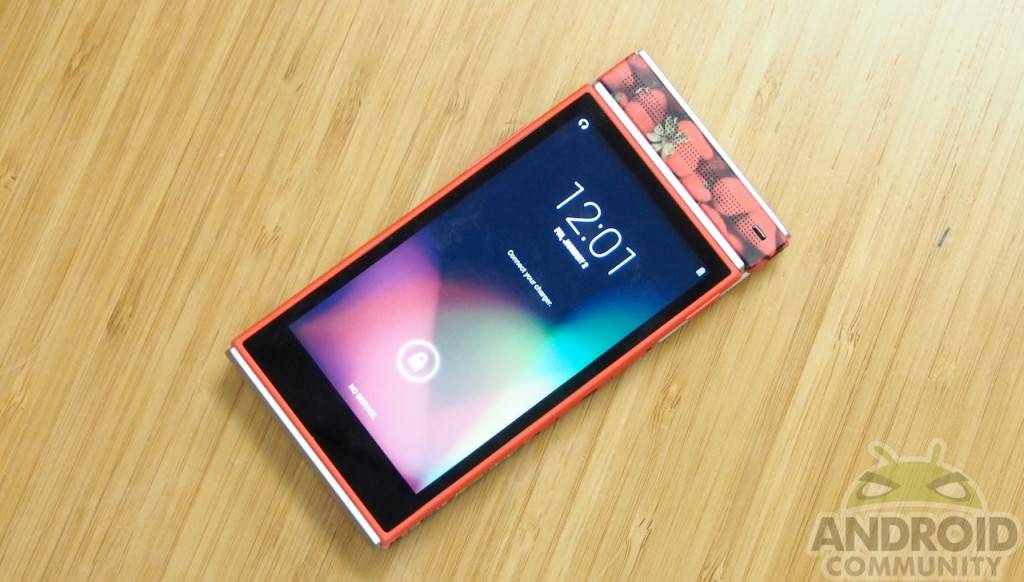 The camera module you’re seeing here is a mere 5-megapixels. In the future we’ll see a 13-megapixel camera from Toshiba as well as a number of other modules from other 3rd-party manufacturers. This system is all about changing each individual part out for the manufacturer you like best. 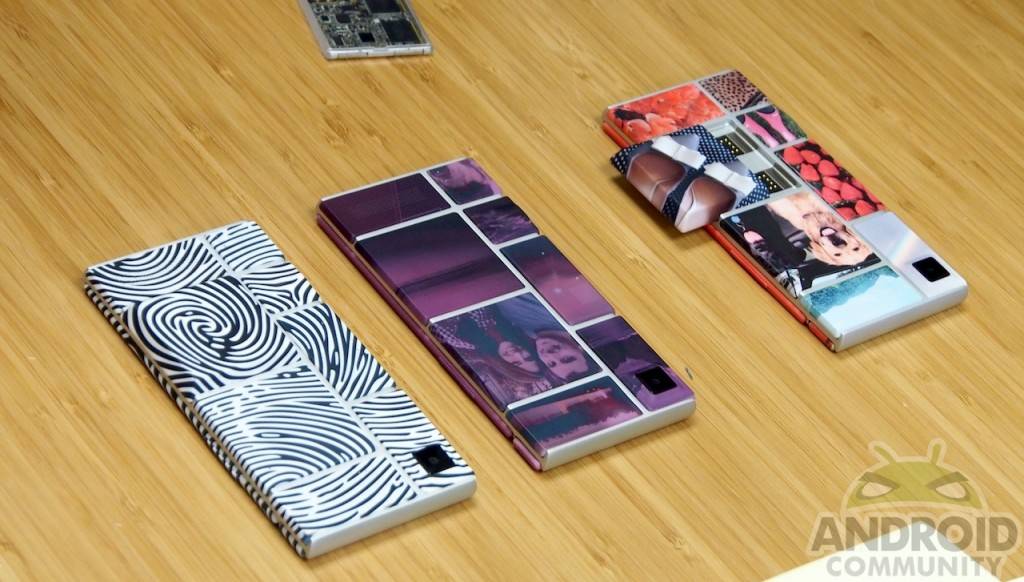 Around the back you’ll have far more modules than you’ll have up front. This device setup still relies on the standard smartphone setup – big touchscreen display up front with one or two other components – likely a speaker at least.

With the units we’re seeing here, we’re being shown the hardware, mainly. You can see the lock screen on more than one model, but nothing much beyond that. This is a hands-on for Google’s advancements in hardware for the most part.

Once we’re able to roll with more than just a set of modules and a lock screen, we’ll let you know. For now – this device feels nice to hold, isn’t too light and isn’t too heavy, and is certainly a device we’d love to work with in the near future.