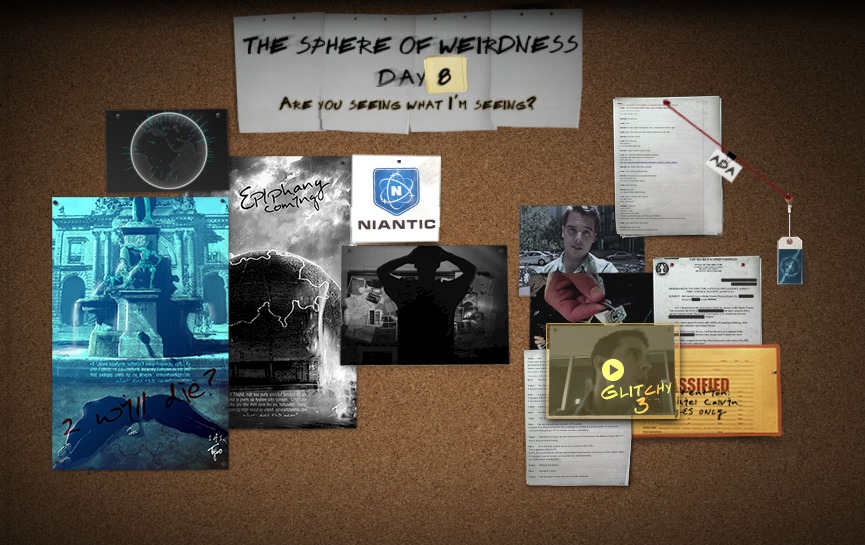 Those folks from Google are up to something weird here with what they are calling the “Niantic Project” and this appears to only be the beginning. Google’s Niantic Labs recently launched the Android app Field Trip. Which is being marketed and described as “your guide to the cool, hidden, and unique things in the world around you.” Today we’ve got wind of something new called the +Niantic Project and a few videos below will get you started.

Now we’re not fully sure where to start here as this new “viral campaign” — or at least that’s what we’re calling it — has just started, and this is only the beginning of what appears to be a month long campaign ending November 30th. After a closer look this is more than just a viral campaign, but some sort of Android Augmented Reality Game too. We’ll let you start with this video:

The folks from Webpronews have been all over this new project, and for those that didn’t watch the full video here’s what the voice had to say:

“There’s more to the world than we can truly see. You sensed it, but you cannot tell. Something is very wrong. Strange occurrences, visions affecting us. Are we being watched? I’m a truthseeker with many questions. The most important is : What is the Niantic Project?”

Currently the Niantic Project is on day 8, and they’ve been releasing little bits of details over the past few days. Each day we get a “word of the day” and earlier this week they released a video of a buy buying a “glitchy phone” that acts up and even works without a SIM card. Pretty interesting (and a bit cheesy) but in the end the phone acts up when it is near statues and other landmarks — much like Google’s Field Trip app.

From what we’ve gathered from various comments, reddit users and more this appears to be both a viral campaign, as well as some sort of Augmented Reality Game. Most likely this will lead to an Android app, and possibly even a Google Project Glass tie-in. The videos leave us with more questions than we had before we watched them, and the site keeps adding new details daily. You’ll want to head to NianticProject.com to get started. The bottom of the page clearly shows the timeline ending on November 30th, but we have a feeling we’ll know much more about what Google and Niantic Labs has planned by then. The site is also directing fans and readers that want to solve and decode the clues and puzzles to a wiki page for further discussion.

Whether this is just a marketing campaign for Google’s Field Trip app, some teasing before they unveil an Augmented Reality game, or even has to do with Project Glass they’ve certainly piqued our interest. What do you guys think?