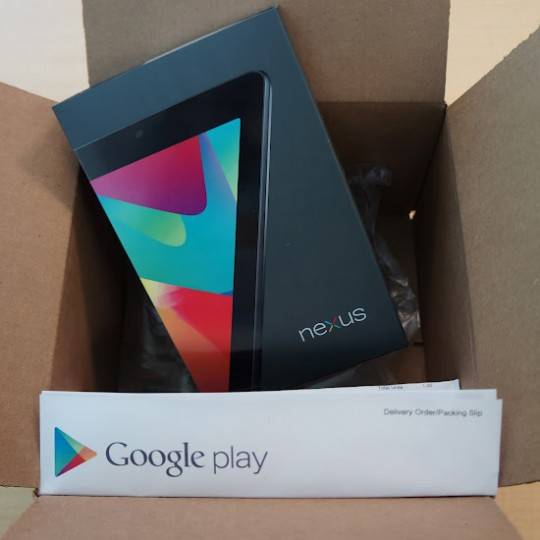 Earlier reports have pegged July as the release timeframe for the next-generation Nexus 7 tablet. While that still remains to be seen, it looks like a fairly complete set of specs have since been leaked. Some of them touch on earlier rumors, such as in the case of the display. This latest Nexus 7 leak has the display resolution jumping from 1280 x 800 up to 1920 x 1200.

Before we dive into the remaining specs, we should point out that while these are not coming from Google, they are coming by way of a source that has a proven track record. The details have been released by KGI securities analyst Mingchi Kuo. Other specs mentioned in this report include the processor, which in this case looks to be an APQ 8064 from Qualcomm. This would also be a rather big shift as the current generation Nexus 7 is sporting a quad-core NVIDIA Tegra 3.

Remaining specs look like they will include an HD quality front-facing camera, 5 megapixel rear-facing camera and 4000 mAh battery as well as support for the Qi wireless charging standard. Similar to the current Nexus 7, the next generation model is also expected to arrive with NFC. There has also been some recent chatter surrounding NFC, or more to the point, Wallet. Google is expected to announce some updates to Wallet during I/O.

Given many of these specs mentioned touch on earlier rumors, there isn’t much in terms of surprise. The other side here is the price. It is being reported that Google will be keeping the price of the Nexus 7 the same. Basically, that is to say Google will have the Nexus 7 available with a starting price point of $199. Further details from Mingchi Kuo show how this would mean Google would be losing roughly $5 to $10 per unit sold.

Aside from a price point that stays the same despite the increased in specs, it looks like the Nexus 7 may also be a bit thinner and lighter. For this, the changes would includes a thinner bezel around the edges and a case thickness of somewhere between 7.5 and 8.5mm. Again, looking for the comparison, the current generation Nexus 7 measures in at 10.45mm thick. All said and done, assuming these analyst details prove accurate — the Nexus 7 should be getting a good boost. That also brings another point, Kuo believes Google will be able to sell roughly 5 million during the second half of 2013.