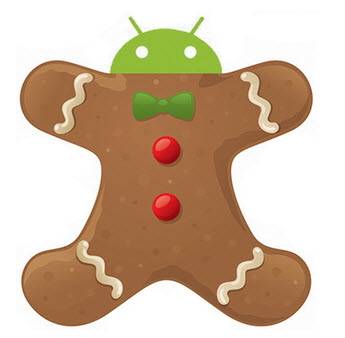 Even with the launch of Froyo right around the corner for many devices out there (“right around the corner” is a relative term), those who follow Android enough know that the next build of the Google mobile Operating System is already in the works within the Android team. Codenamed “Gingerbread,” as soon as the masses learned about it, the questions already began. And while we know that the User Interface is going to get an overhaul, there were still plenty of questions left unanswered. Well, things are starting to clear up.

Thanks to Mobile-Review, details just came in. Fast and heavy. What should you expect? This: Gingerbread is going to launch some time in the middle of October. Maybe around the 15th or 16th, and the first handsets to feature the new OS will hit shelves just in time for the holiday shopping season, or November/December. And, just like Windows Phone 7, Android will now have a minimum specification to run its platform. Those would be: 1GHz processor and 512MB of RAM; and your device will need to have a display that’s 3.5-inches or more.

There will be support for 1280×760 resolution for handsets that rock a 4-inch display or higher. And, what’s more interesting, is that the upgraded UX will actually look like the updated 3D Gallery application that was released on the Nexus One. Apparently, that look and feel, with lofty transitions, will be embedded throughout the whole Operating System. And, lastly, it sounds like Android is splitting into two teams, essentially. Gingerbread, or 3.0, will be or high-end devices, while lower-end gadgets will stick to Android 2.1/2.2.

If any of this turns out to be true, and we have no reason to think that it won’t be, then we’re even more excited for Gingerbread than we were before. We’re hoping some official details start to break cover soon. We’ll keep our ear to the ground, so as soon as we hear more, we’ll pass it along.