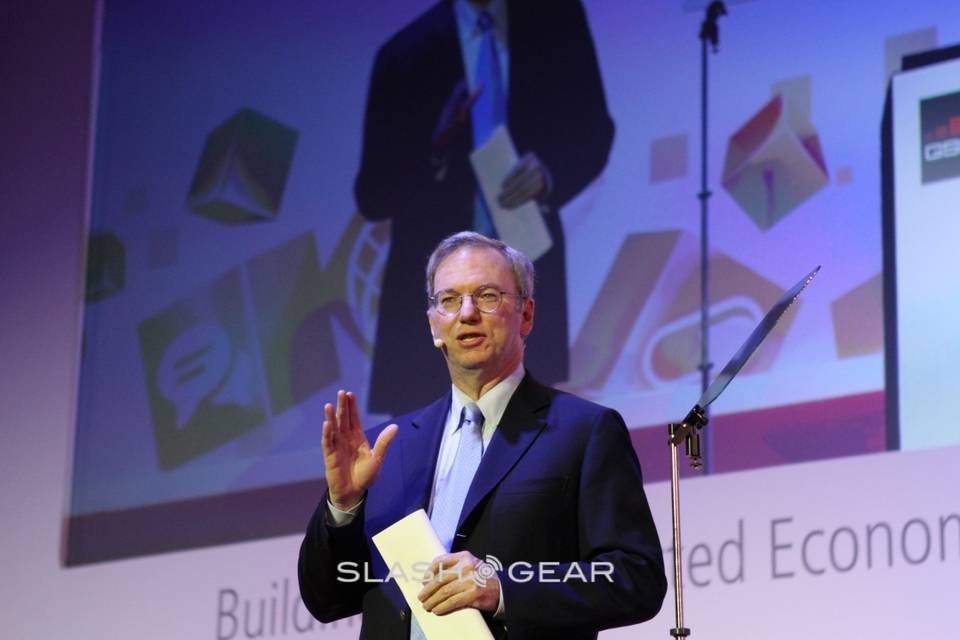 Here at Mobile World Congress as soon as Google’s Schmidt took the stage he started in on the shots. Talking about Android being a “real mobile operating system” and insisted that Google’s Chrome was by far the safest browsing experience hands down — For Android and on desktops. More details below as the show continues.

Referring to some of the competition in terms of mobile operating systems and browsers both he was quick to point out how Android was best — and I’d have to agree. Instantly talking about Chrome and how others have talked down on it in the past, especially regarding security and the workarounds to Apple’s Safari Browser. Regarding Chrome Schmidth had this to say:

“If you care about security, you should use Chrome, because it’s by far the safest” Schmidt said, referring to recent controversy about the security of the browser.

Shortly after that quick jab or two they switched to Chrome for Android and discussed the launch then shared a preview. We’ve already reviewed Chrome For Android and it wasn’t anything new.. While nothing new was shown yet they did announce that it has launched in an additional 20 countries starting today. Chrome is the safest browser for both mobile and PC said Google — and I’d have to agree.