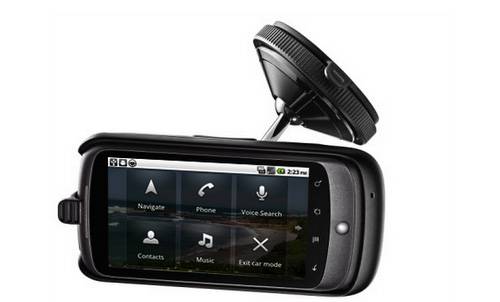 Google has announced that they’ve updated their Car Home for Android application, and now it boasts customization features. Available now in the Android Market for easy download, it’s currently only supported on two devices: the Nexus One by HTC, and the Motorola Droid. Users of the application will now be able to customize the icons that are displayed in the app, utilizing the new shortcuts to access information and other applications. You can now access the Car Home application by setting the device into the car dock for each of the smartphones, or by pairing a Bluetooth headset.

If that’s not enough customization for you, users will also be able to put their own background. You’ll also be able to set the color of the shortcuts, if you so desire. What’s more, is that applications that support the Car Mode will be featured in the Car apps category, so they can be added to the shortcut list easily. You’ll need Android 2.2 to make this happen, as well as the aforementioned handsets.