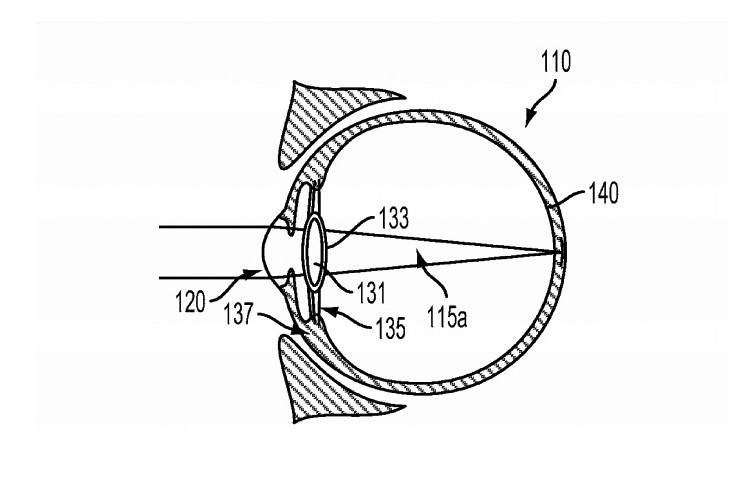 We believe in that future when small computers or devices can be “installed” inside a person’s body. It would be more like “inserted” like this concept from Google. A USPTO filing was recently sighted, giving us an idea that the search giant is working on something new. It’s a concept we haven’t heard of or imagined really as it has something to do with one’s eyeballs. Okay, that doesn’t mean a rendezvous with someone you met online but real eyeballs.

Yes, companies and OEMs will soon compete to enter your eyeballs. Don’t feel squirmish because Google really is taking the challenge. The idea is a bit complicated but simply put, there’s a technology that features electronic lens that can be injected in the eyes. There’s the idea of Google Glass and then there’s this–eyeball tech lens. It’s just an idea by the company that can turn your eyes into some sort of camera lens for many possible users.

We get the idea but we also think this will create more problems. If you may remember that Google Glass user, a woman claimed to have been robbed and assaulted for wearing Google Glass. Tech inside your eyes can be advanced right now but who knows as it really is difficult to draw the line between what is legal or illegal and what is ethical and unethical.

We’re not sure how this would look like but we think it would have to be attached to an eye’s lens capsule. Inside the device are sensors, battery, storage, and a radio transceiver which we are assuming would be very, very small. This would be the “computer”.

As with any computer, the device is expected to connect with other devices thru some radio signals, sensors, and antenna. We get the idea but it seems like a very complex one because everything would be too small. It may be difficult to manufacture but you know that nothing is impossible now in this day and age. It’s only a matter of waiting for a working prototype, testing it, fixing the bugs, and finally releasing it for public use.

Eyeballs. The word alone makes me squirm. Inserting contact lens is already a pain for me how much more having a “mini computer” inserted in the eyeballs.