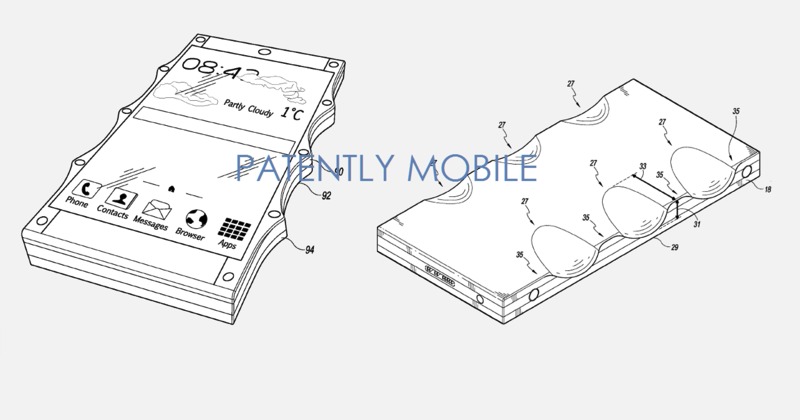 We never really imagined the simple touchscreen function could be improved until the Force Touch was introduced. There are still many ways to take take advantage of touch technology not only on the display screen but even on the actual phone casing as described by this patent filing document.

Google has been sighted to be working on a new product that doesn’t look as appealing. It kinda looks weird what with those finger-shaped dents on obviously a mobile device. Google noted in the document that handheld devices have seen “little evolution”. The smooth brick shape configuration “can easily slip from the hand of the user” and even “damaging the phone with potential loss of valuable data as well as hardware”. Sure, there are thousands of protective covers available but they can add “bulk and weight and otherwise fail to provide an elegant solution”.

Patent applications like this one with graphics tell not only the press but also the public a complete picture of what could be expected. This one was published by the U.S. Patent & Trade Office.

Google has very well presented the current situation and the need to a new kind of housing protection with some modified surface. Google calls them contours or ridges that perfectly enhance grip and resist the phone slipping off your hands. Seriously, the figure doesn’t look too appealing but you know, some people prefer function over form.