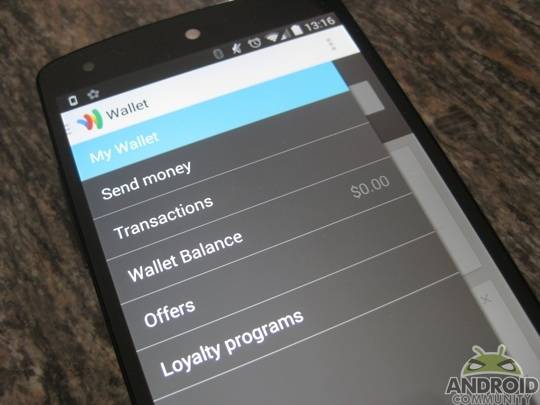 We aren’t sure many people are using Google Wallet Tap & Pay, much less using it on a regular basis. For one, the places to use it are somewhat limited. Not to mention, device support hasn’t been all that great. And to add a bit to that last point, it looks like the device support is going to slim down even further.

We’ve been seeing reports from those using Tap & Pay on devices with something other than Kit Kat. It seems that beginning in April, Tap & Pay will only work for those running Kit Kat. According to the message being sent from Google; this will go into effect on April 14, 2014.

“We wanted to let you know about an update to Google Wallet that might change the way you use the app. Right now it looks like you’re using tap and pay with a device running an Android version older than 4.4 KitKat. On the newest version of Android, tap and pay works with different technology for an improved experience. As a result, starting on A p r i l 1 4, 2 0 1 4, tap and pay will no longer work for devices with older Android versions.”

Google then goes on to do a bit of teasing, stating that “if you are able to upgrade to KitKat now, you can check if your device supports tap and pay.” We may be going out on a limb here, but we suspect the anyone currently using Google Wallet Tap & Pay would have already upgraded to Kit Kat if it were to be available for their device.

Anyway, supported devices will be known from a tile found in your “My Wallet” screen. Said tile will be instructing you to set up tap and pay. And for those devices not supporting Tap & Pay, Google reminds users the Wallet app could still be useful with features such as loyalty cards, offers and sending money to friends.