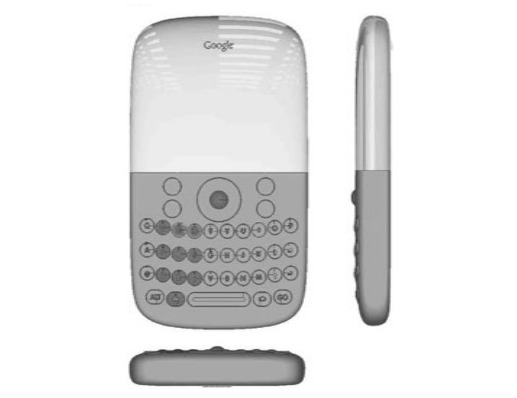 Google and Oracle are currently in a huge legal spat over the Java code being used in Android. We’ve covered it briefly but it’s all quite technical stuff. Today however during the hearings they’ve revealed the original “Google Phone” that was presented to carriers such as T-Mobile in 2006 – two years before the original G1 was released in 2008, and one year before the iPhone was launched in 2007.

In 2006 that would have been a pretty great phone with its candy-bar shape and QWERTY style hardware keyboard. Clearly you can see multiple buttons from ALT, to actual hardware menu buttons similar to what the original G1 had when it was released. It appears that originally Google had no plans for touch screen phones, but not many did until LG and Apple revealed them later in 2007.

What this all means to the case for Oracle and Google remains to be seen, but Oracle is clearly showing Google’s original plans, that later changed as Android progressed and required more Java code.

The specs of the phones weren’t details, but apparently the minimal requirements were and they are: An ARMv9 processor of at least 200MHz, GSM (preferably 3G), 64MB of RAM and ROM, miniSD external storage, a 2 megapixel camera, USB support, Bluetooth 1.2, and a QVGA display. Additionally they could add a secondary display, QWERTY keyboard like the G1 ended up with, hardware acceleration and WiFi.

According to the details from The Verge Google had a fairly functioning OS back in 2006 with three prototypes all capable of Google Talk, Gmail, Calendar, MMS, POP mail (Yahoo) and more all in Q3 of 2006. Sadly we didn’t see this arrive until late 2008 with the original HTC Google G1 – 2 years later. Why everything took so long is still a mystery and I’m sure we’ll be hearing more as the lawsuit continues. Pretty interesting stuff and looks a lot like a Blackberry if you ask me.