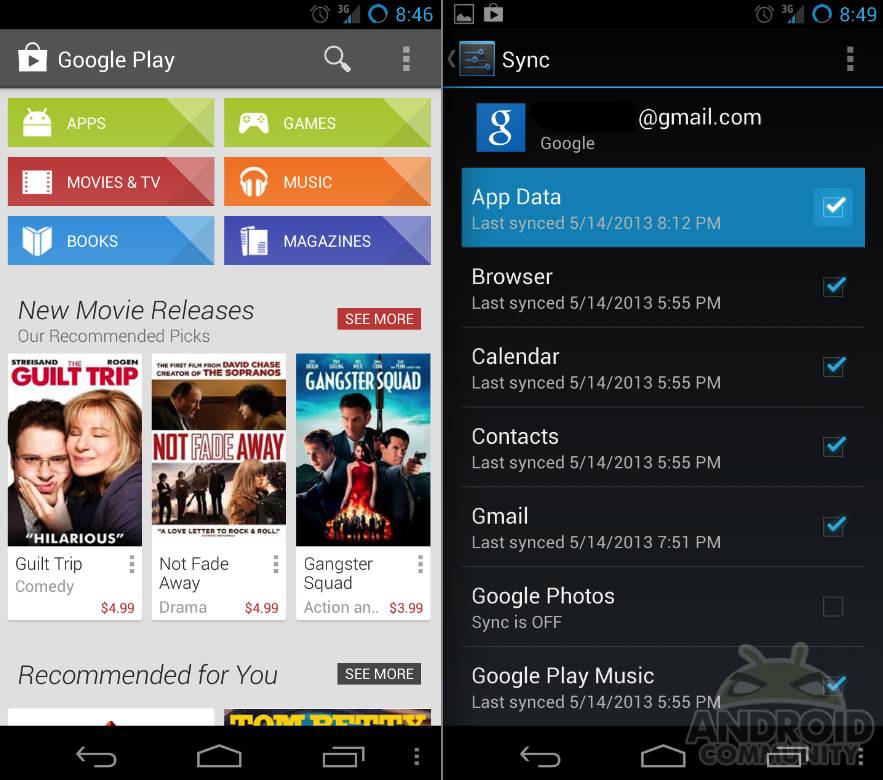 With Google I/O officially kicking off tomorrow, Google released a few surprises a bit early this evening. A brand new Google Play Store has just started rolling out that brings a few much needed changes to the latest redesign, as well as tons of other features in the Google Play Services framework. Read on for the full details and download links.

Google just redesigned the Play Store last month, but today we’re getting a few new changes already. The improved 6 button layout has been revamped and looks a little better, with some UI tweaks to the buttons. The colors have been spruced up a bit, as well as other changes. The new Play Store is listed as version 4.1.6 vs 4.0.27 before, but there’s lots of little changes.

The menu text is a little more consistent, the install/uninstall buttons have been changed, and they increased the space between them too. Many complained about that, so that’s nice. Now you won’t accidentally hit uninstall when you mean to hit update. Oh and don’t worry if you do, if you head into your Google account sync options, there’s now an option for app data sync. Yes, this means Google will sync and save all your application data to the cloud.

We’ll be leaning more about this tomorrow, but most likely this means app settings, and of course game saves. Probably between devices too. Google’s rumored “Play Games” will use this to backup game data to the cloud. Yes! Then the Play Store has other various UI changes. The wishlists have been improved, the “redeem giftcard” popup is different, and the settings page went back to white. I preferred the black settings menu more myself.

There is tons of other various minor changes, but you’ll see them yourself once the app updates tonight or tomorrow morning, or just get the download link below. Then in settings under Google Sync it will also now sync People details, whatever that means. We’ll update with all the details live tomorrow. So stay tuned!