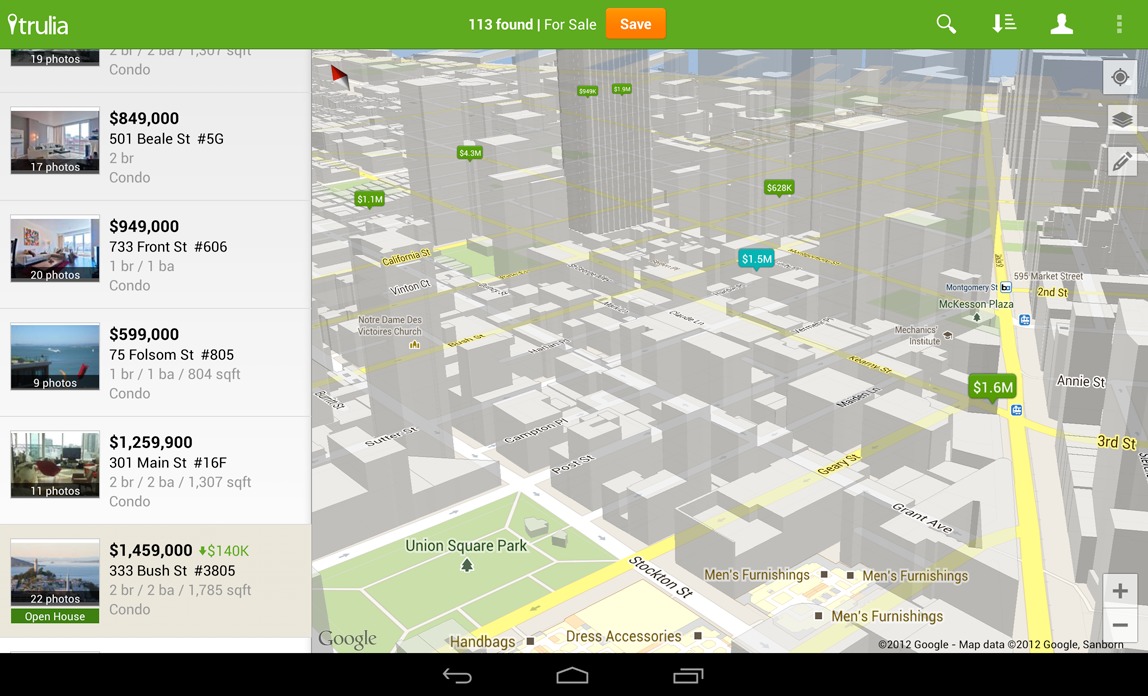 Today the folks from Google up in Mountain View announced some awesome news for Android developers, especially if you’re a developer that works with apps taking advantage of Google Maps. Today they launched an update to the Google Maps Android API that opens the door for developers to use the comprehensive and extensive amount of options and features available from Google Maps.

Google’s bread and butter Maps app has continuously got better and better over the past year, and now all those apps using Google Maps can integrate many of the awesome abilities Google’s included. The new API features vector-based maps that load insanely quick, and have all those awesome pinch-to-zoom, tilt options, 2D and 3D views and more. Good news right?

All the hundreds of Android apps that users use like Expedia, Hotel finding apps, or even company apps like RedBox that uses Maps can integrate all the improvements right to their apps too. All the tilt and rotate options, and 3D maps will soon find their ways into everything we use from the Play Store.

Google also mentions this will help with Android Fragments, and gives devs a more flexible and dynamic UI to use on larger or smaller screens, and they’ve tossed in all the layers for added good measure. Things like Terrain, satellite view, hybrid mode and even the brand new indoor maps are all included. Google just made it a whole lot easier for many Android developers to enjoy Google Maps and everything it has to offer. More details available at the via link below.