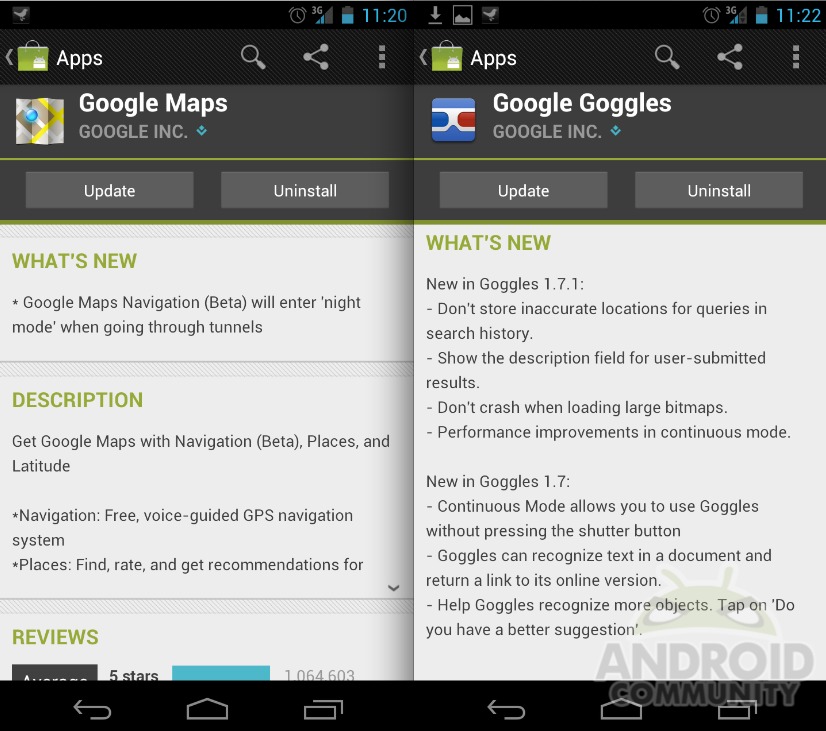 Google has just pushed two updates out for their popular Google Maps and Google Goggles apps. Bringing a few needed improvements to Goggles, and an awesome new night mode to Google Maps Navigation and more. We’ve snapped a few screenshots of the what’s new page for those interested and have all the details below.

First off, Google Maps has seen more than a few updates lately but all have been very minor and the same applies here. Only adding a “night mode” for navigation while going through tunnels. Here in Vegas we don’t have too many of those, and instead just lots of Casinos. Give the new update a try and check out that night mode.

Next is Google Goggles — yes they are still updating this application occasionally although it has been a while. Goggles appears to have received a rather large update bringing all sorts of improvements and big fixes this time around. The performance improvements for continuous mode are a welcomed addition.

Not to be rude but looking over the “what’s new” for Goggles I can’t help but wonder who the heck wrote it. English skills seem to be lacking. Get the updates right now from the market links below.