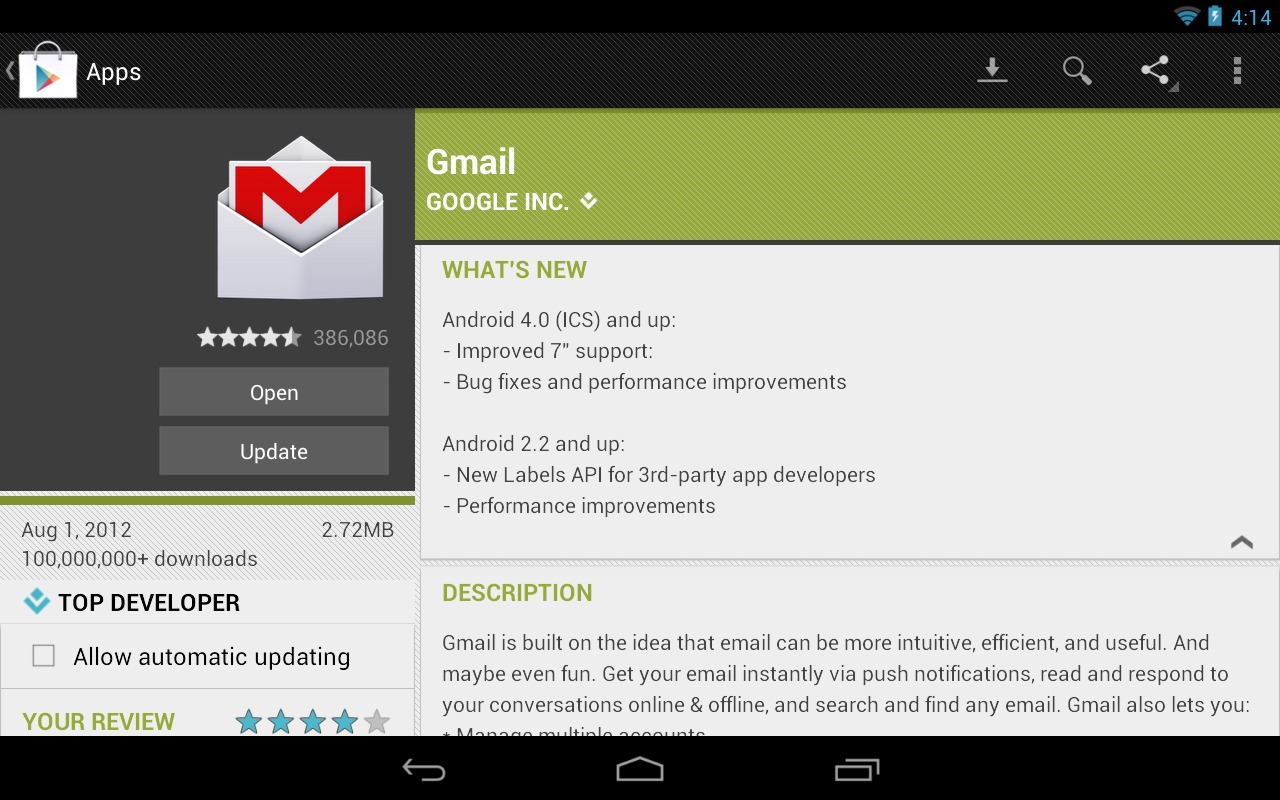 The folks at Google have been on a roll the past few days. Yesterday they announced Google+ video chat Hangouts was coming to Gmail, and now today they’ve issued a quick update to their Android Gmail app. Along with Google Wallet getting a big update and more, they’ve been doing some good things. Today’s update should help Gmail play nicer with the Nexus 7.

Google has just pushed out an update to Gmail for Android that will bring changes to both Android 2.2 devices, as well as those running Android 4.0 Ice Cream Sandwich and above. Some of those include support and improvement to 7-inch devices — most likely they mean the Nexus 7 here. We aren’t seeing anything right out of the gate that is different, but hopefully it just means tablet support has been improved.

Google was very brief with what exactly was in the update, so your guess is as good as ours but here’s the change-log: 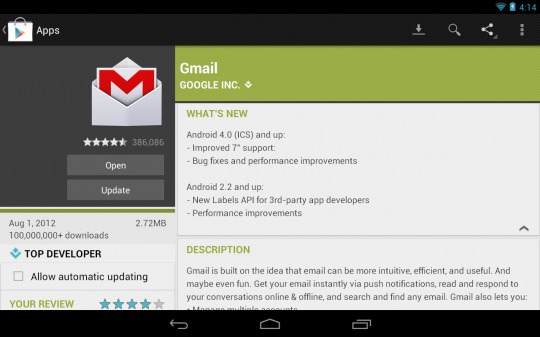 “Bug fixes and performance improvements” is all we get here. So we can’t really comment on what has changed although the app does feel buttery smooth here on my Nexus 7 tablet. They’ve also added some new label API’s for older Android 2.2 devices, so users could be seeing a slightly improved look. Google recently snagged the popular mail client Sparrow, but we won’t be seeing changes from the acquisition just yet. Sadly there is still no pinch-to-zoom feature in Gmail, something I’ve been wanting since day one. That and I’d love a stock option to change the theme to black instead of white.

Heads to the Google Play Store and get the update today. For more news regarding what Google’s been doing lately check out the timeline below.