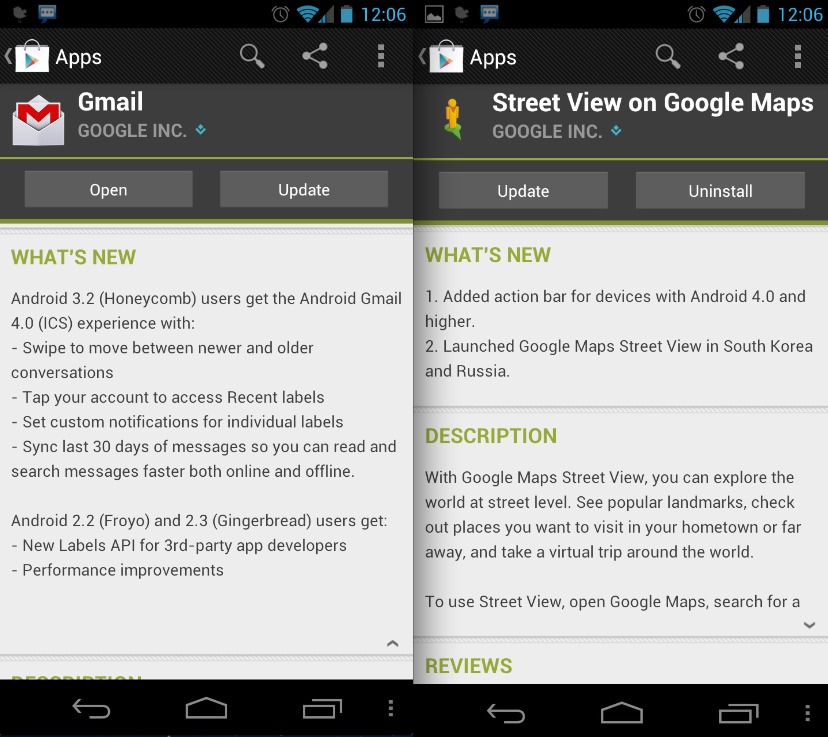 Google just pushed out a trio of updates for Android today. Bringing new features and improvements to the wildly popular Gmail, Google Play Books (not sure how you “play” books), as well as added more feature to Street View for Google Maps. One major improvement is they’ve brought all the Android 4.0 Ice Cream Sandwich features in Gmail to Honeycomb tablets.

The biggest update is most likely for Gmail since it’s also the most popular of the three applications. They’ve brought all the changes we love in Ice Cream Sandwich to Honeycomb tablets. That is good news for those with Honeycomb tablets that wont see updates (we’re talking to you LG.) Google also added some support for API’s for 3rd party developers to help out on older Android 2.2 devices as well. Hopefully this also solves some of those Gmail problems we reported last week too.

Google Books saw a small update but it’s mainly geared for older android 2.2 and 2.3 devices. They now have animated page turning and a new and improved user interface while reading books, so that is nice. Then they’ve also updated Google Maps Street View. Users now have access to street view in South Korea and Russia, and those using Android 4.0 ICS have access to the action bar now too.

Overall these updates aren’t anything major, but those with Honeycomb or older devices will all benefit from the new changes in today’s Google app updates. They are all available now on the Google Play Store so get to updating and enjoy.