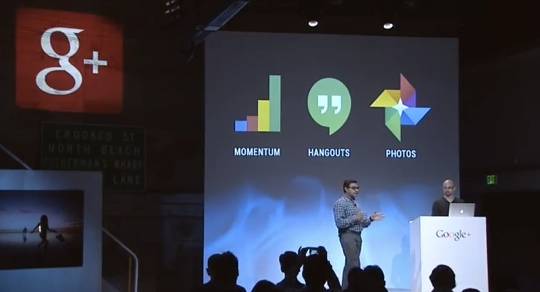 Google+ is being updated today, bringing some bug fixes along with a few new features. The feature updates have a lot to do with the Google+ Photos app, as Google prepares itself as a contender for your photo storage and sharing hub. The update also brings changes to “Locations”, should you find yourself using it.

We’ll start with Locations, where opening it up automatically refreshes the location of your friends on the map. Keep in mind that you’ll only see locations of people who have made their whereabouts available to you. Currently, users have to manually request to see where their friends are on a map, so this makes it a bit more handy.

Photos will now have the ability to be shared via NFC, so you can now use Android Beam to send pics to friends. If you’re a fan of docking your device, Photos will also gain the ability to work with Daydream. This is also a really neat way to view pics as a screensaver. Individual photos will also show details in the drop down menu moving forward, so you will get details on which device was used or how large the image is.

While nothing major, it’s welcome. It’s also worth noting that Android Police reports that certain users are experiencing issues with the update. They speculate that it’s because some debugging code was left over, and is causing an error. The update is rolling out gradually, so keep that in mind when it pushes to your device.