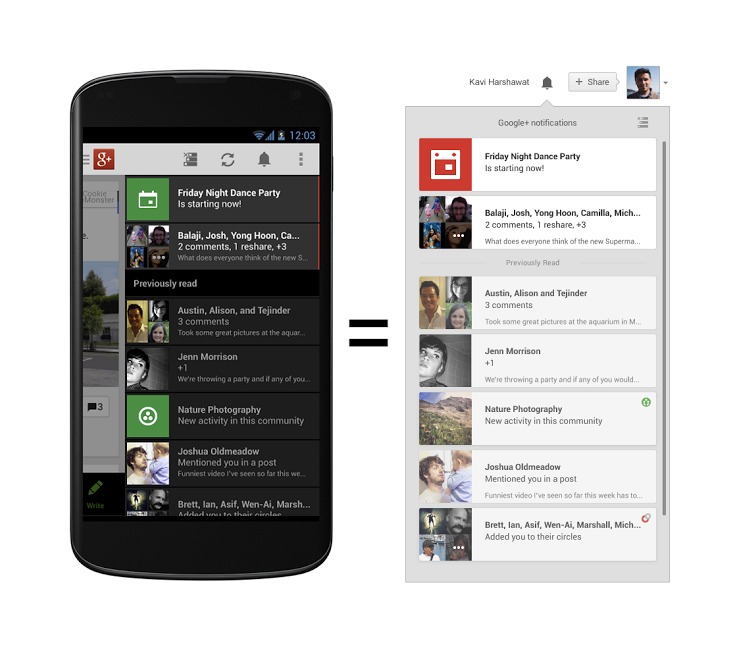 Google has announced the latest changes for Google+. The update deals with notifications, however there are also a few other goodies included for those using Google+ on Android. That said, this update should arrive as good news for those who regularly use more than one device.

Your notifications will now stay in sync across multiple devices. Basically, this means when you read something on your smartphone, you will no longer have to clear the same notification on your tablet. That part alone sounds like good enough news, but there is a bit more dealing with notifications in this update.

The other side includes the look. Google+ Android users will soon notice a new bell icon (this will also be found in the Google Bar) that will let you know when something is available and waiting for you. There is also an updated notifications tray that will keep unread from previously-read items separate. 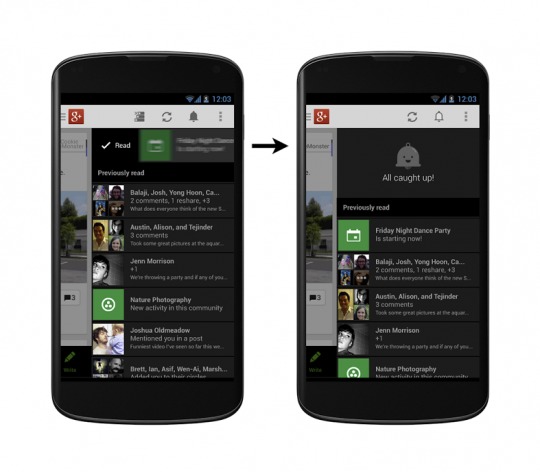 The other changes you will notice (in the Android app) include being able to delete images from the Photos view, a left-hand menu redesign that is said to be “more consistent with other Google apps” and the ability to tap into a post to see the number of +1’s, comments and reshares.

Otherwise, this Google+ update is arriving as v4.01 and also includes some unspecified bug fixes and performance improvements. Users will also notice their stream content will automatically refresh when the app is launched. The updated Android app is available in the Play Store and the notifications will be rolling out for all users over the next few days.