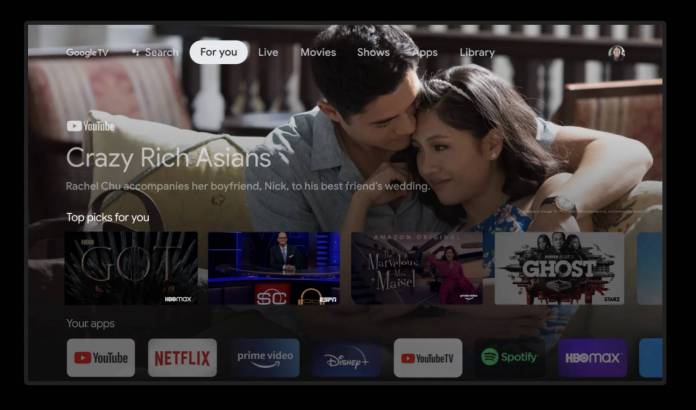 Unlike Android smartphones and tablets, Android TV does not have full multi-user support for some reason. Previously, there was an optional restricted profile that you could add, which most likely was for kids accessing your smart TV. But with the rollout of the new Chromecast with Google TV, there is multi-user support but it is pretty limited and the restricted profile seems to have disappeared. Now it looks like they’re working on a sort-of solution with the addition of Kids Profiles on Google TV.

According to Android Police, a Google representative in a support thread confirmed that Google TV will have Kids Profiles soon. It will “allow you to setup a safe space for kids” on the platform as you will be able to choose which apps will be allowed for the kids who will be using the profile. YouTube Kids is of course available by default but the other apps that they will try to access will need parent opt-in. To prevent them from accidentally going to a parent account, you will need to enter a PIN when leaving the kids profile.

This is good news for parents of course as it will make it easier to leave kids while watching Google TV. But the full multi-profile support is still not available for non-kids users. Secondary users cannot set their home screen, have separate app data, or configure their own personal streaming accounts. Only the first account can have access to all of their personal apps and settings while the other accounts can just see what the main user has.

At least with the rollout of the Kids Profiles, parents will have some control over what their kids can access on Google TV. But it still would be better if multiple users can have the same “privileges” as the main user. This is especially important in households that have several people with different tastes and preferred streaming services. The workaround for now would be to start playback on their phone or tablet then cast it to the TV.

The Kids Profiles on Google TV will start rolling out in the next month or so according to the Google representative. Let’s see if multi-user support will also be improved later on.