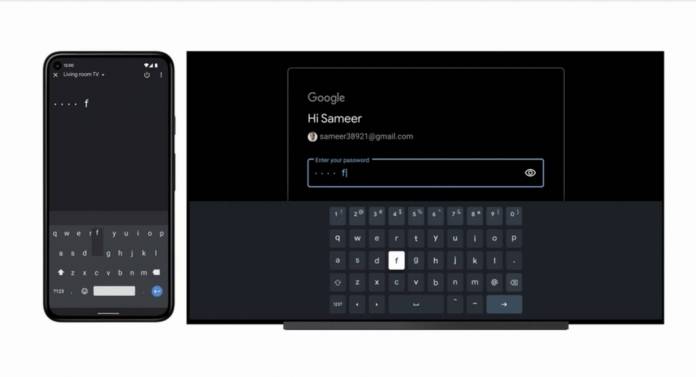 Earlier this year, Google announced that those using Android TV and Google TV will get a new remote experience within their phone. This means that you don’t need to go and use an external, physical remote but just your regular, trusty smartphone. They even showed us an animated teaser on what it would look like. But with the latest Google TV update, version 4.27, you can enable but not fully use this on-phone remote and see some of the improvements and changes they’ve made, at least to the layout.

9 to 5 Google was able to enable the Android TV remote and see the new layout but they were unable to connect it to their Google TV. This means they were not able to properly see how it should work in real life. The animated teaser showed us how you can use your phone to type out things instead of having a remote go to each letter on the screen. Technically you should pair it first where you’ll have to enter a 4-digit pin code, similar to how we enable some apps on the platform.

Some of the things you can see on the layout of the enabled Android TV remote have a very slight difference from the teaser they showed us. This includes rounded corners for the volume buttons at the bottom. The remote seems to be more “fully developed” although since it doesn’t properly connect with Google TV, we won’t know if it’s already working well as a remote. The demo showed how it would work but sometimes it’s different in real life.

The remote is supposed to be incorporated in the Quick Settings for easier access but it doesn’t seem to do that just yet. There’s actually an already existing app called the Android TV Remote Control app but it hasn’t seen any new update since 2017. In app years, that’s a lot. This also means it won’t be functional with the new Android TV so it’s basically useless. And since the new remote is in development, you can expect to add that app to the graveyard of discontinued Google apps.

We don’t know yet when the official launch of the in-phone remote will be. But since we’re seeing strings and all, hopefully, it will not be that long.