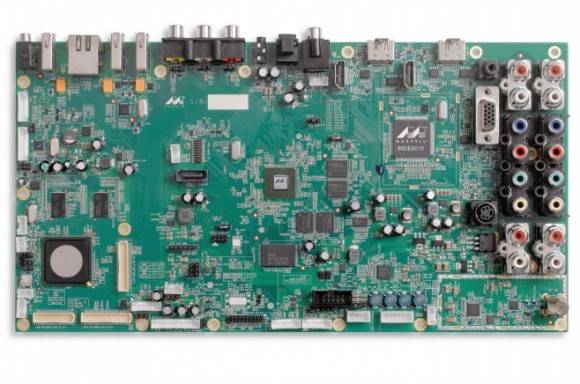 The saga of Google TV has been something like a ballad of lament over the last few months, with Logitech abandoning the platform completely and interest drying up after the Honeycomb update. There are probably some considerable changes for Google TV coming in 2012, but one of the biggest has just been announced: future hardware will be built on ARM-based chips, like most Android smartphones and tablets. Previously Logitech and Sony’s designs were based on an Intel x86 reference.

Chip maker Marvell will be providing the basic architecture in their ARMADA 1500 HD Foresight system, which is specifically designed with high-definition video playback in mind. The SoC is capable of decoding two 1080p video streams at once, as well as 3D video, in a hardware package with no moving parts. It should be easy enough to integrate into new televisions and set-top boxes, and consume considerably less power than previous models. In all likelihood it will be cheaper as well; a big entry price was one of the biggest barriers to Google TV’s adoption, as Logitech’s executives have said.

Google’s Vice President of Product Management Mario Queiroz had this to say on the change:

The Google and Marvell teams have been working closely together to bring our combined software and chipset technologies to market to grow the Google TV ecosystem of manufacturers and devices. Marvell-powered Google TV solutions will enable powerful products to be brought to market at attractive prices.

Despite the initial setbacks, Google seems to be completely behind its set-top-box product. Chairman Eric Schmidt said in a recent interview that he expected Google TV to be on the majority of TVs by this summer. A lofty goal, to be sure, and one that will require cheaper and more efficient hardware in order to be realized. LG is rumored to have new Google TV-equipped displays ready for CES 2012, making it only the third OEM to build for Google TV and the second in active development.