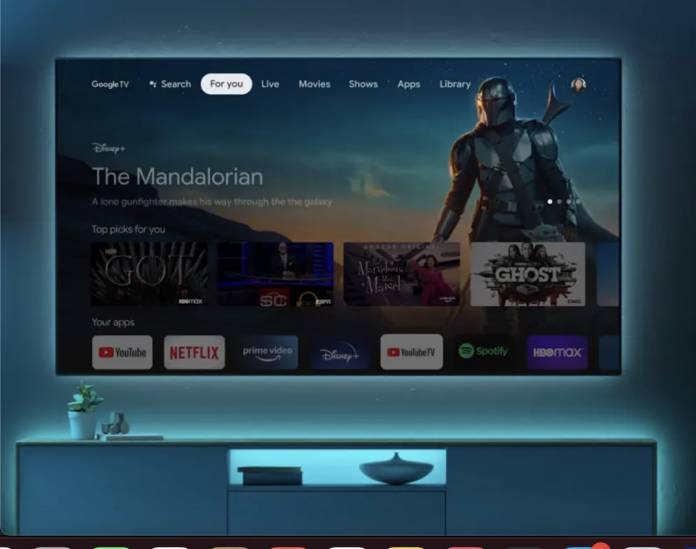 Anywhere you consume media, you are always bombarded with ads whether we like it or not. So anywhere that we can “escape” from them, we usually take it. If you’re using Google TV, then you know that this hasn’t been the safe haven it has been before since Google started “inserting” formal ads for shows and movies in there. Now it looks like they’re adding an even more annoying tweak to this as they will be autoplaying a video ad right from your home screen.

When Google TV launched on the new Chromecast, there was a row of recommendations on the home screen which is a bit similar to Android TV’s Staff Picks. But usually, the first item here is an ad of an upcoming show or movie. It’s a slideshow kind of content so it’s more dynamic instead of just a static screen. The home screen also has a “For you” tab where you can see your favorite apps, movies or TV show episodes that you’ve been watching, and some recommendations.

9 to 5 Google shares that they’ve noticed something different about the ads in this row of recommendations. The ad now auto-plays the full video trailer even if you don’t click on it or interact with it. When the cursor is on the row of the ad then it will auto-play. And of course, it has audio and it cannot be muted by default so it may sometimes surprise you if you forgot that Google is letting it automatically play now.

The ad also goes fullscreen after a few seconds but you can also easily exit it. The good news is that once the ad finishes playing, it will not automatically play the next time the slideshow loops back to it. Still, it can be a sort of annoyance for those who don’t want to see ads when they’re browsing Google TV. At least it only plays movie and show ads and not other ones that may not have to do with video streaming.

There doesn’t seem to be any opting out of this ad autoplay so Google TV users will have to live with it somehow. Let’s see if there will be complaints and if Google will do anything about it.