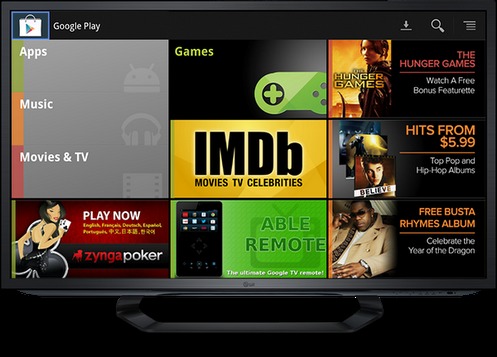 We have some excellent news this afternoon right from the folks at +Google TV regarding their music and movie offerings. As many of you know, Google Play Music and Movies are only available in select regions and countries. A list that is even smaller for those wanting the services on Google TV. Today Google’s announced the UK, Canada and more are all getting everything Google has to offer.

Today Google TV announced that they’ve expanded their Google Play Music, Movies, and TV to multiple countries around the world. Starting on November 13th Google TV users can enjoy these benefits in the UK, France, Germany, Canada, and Australia. That’s a pretty massive update that I’m sure many are extremely happy to hear.

When Google TV first got movies and music many were upset that this amazing new feature was simply for the US only, just like many new things introduced by Google. Today however that all changes and you guys will be able to buy, stream, and enjoy endless content right from your GTV.

Oddly enough, many of these countries still can’t enjoy Google Play Music on their smartphones and tablets yet, but will be getting the feature for their Google TV. Between the LG Nexus 4 and Nexus 10 being available next week, and then this news, I’m sure many across the UK and elsewhere are extremely excited. Again this will be headed to all the countries mentioned above starting November 13th. Who’s excited?