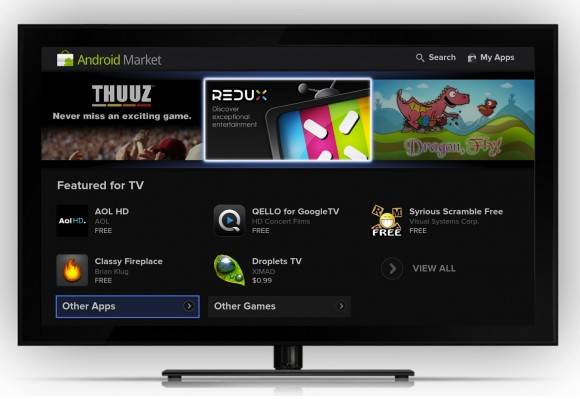 Logitech has killed off the Revue Google TV box after very poor sales and will not be replacing it. The good news is if you already own the Revue the device will still be supported with software updates. Today marks the latest software update for the Revue with Google TV 2.0 landing for the set-top box. Google TV 2.0 has already hit other devices using the software like some Sony smart TVs.

The update is an automatic one and brings Android market access to the box, which is something that many have been waiting for. The update also brings the Revue box to Android 3.1 for the operating system. Some of the issues with Google TV’s first software are addressed with the new update.

The UI is easier to use and the search system has improved consistency. The box now has a Quick Search Box that will look though TV content, online video, apps, and bookmarks as well as search the web. The update also brings a TV & Movies app that focuses on that content. If you have the update applied let us know how well it works.