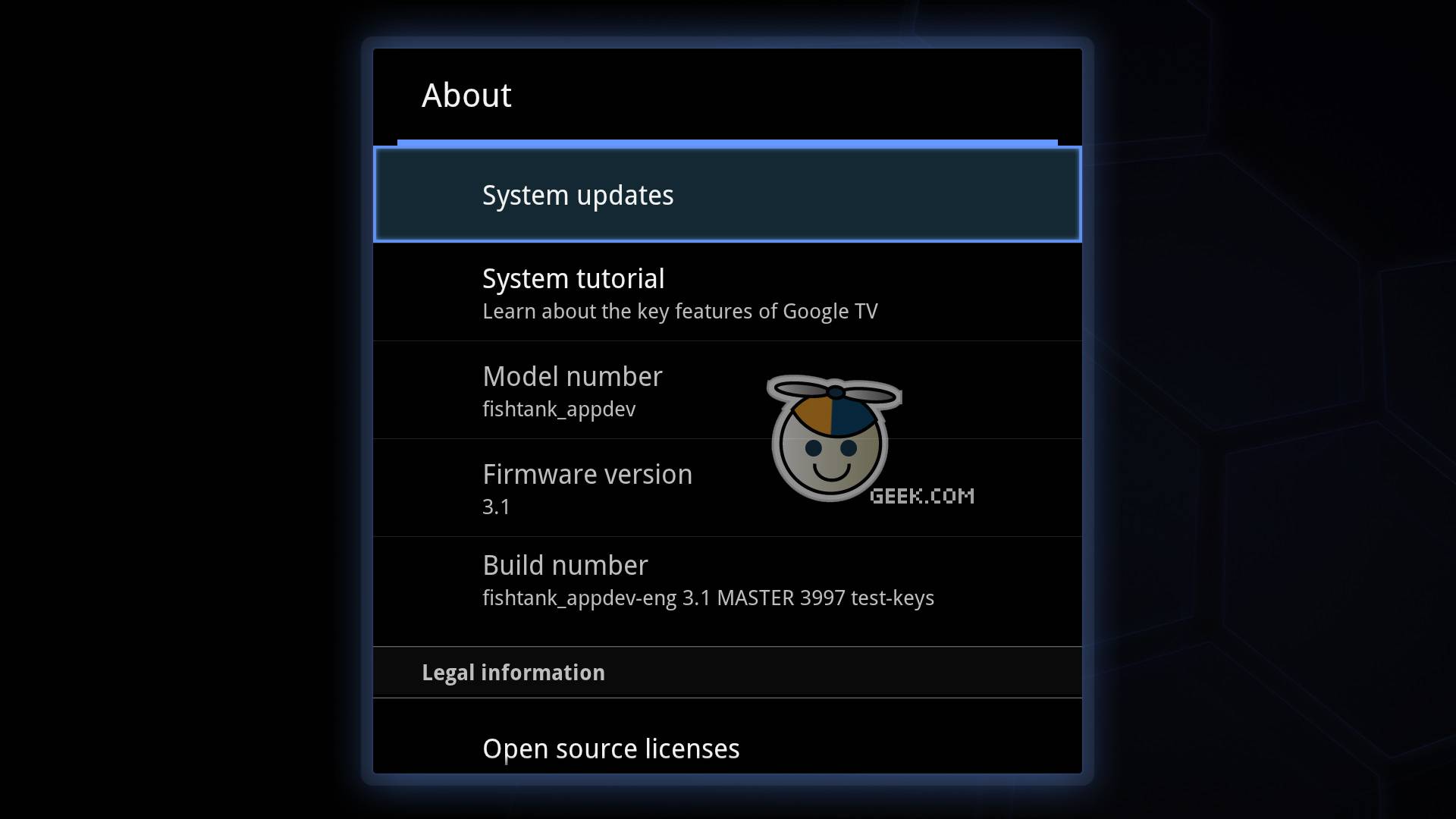 Details of the Google TV “Fishtank” program, giving developers early access to version 2.0 of the smart TV software, have emerged. According to Geek‘s sources, less than 50 developers were invited to take an early glimpse at the platform, ahead of the Google TV 2.0 SDK being ready for primetime.

Google apparently sends participants an Intel CE4100 reference platform – the same chipset as found inside the Logitech Revue and other first-gen Google TV hardware – running a copy of Android 3.1 heavily modified for Fishtank use. The OS is stripped down and has a new UI, partially familiar from Google TV as we’ve already seen it, with a clock app and a Live TV app that shows content from the HDMI input.

Unfortunately, that Live TV functionality is already the source of arguments between Google and developers. According to the Fishtank program source, many of the developers involved gained invites based on their ideas for Live TV related apps, dressing up real-time content with information pulled from online. However, Google has decided that when Live TV doesn’t hold the focus, developers won’t be able to access it:

“We’re told many of the developers earned there way into the program with ideas that directly involved this feature–specifically, the ability to overlay data on top of Live TV or to place Live TV in a smaller window while information is displayed. So far, Google has stated that while they would consider the feature, there are no plans at this point to make it available at the API level, which has upset a number of the developers, forcing some to scrap their original project entirely.” Geek

Still, there’s plenty of time for Google to change all that. The updated version of Google TV – running on Ice Cream Sandwich, we’re led to believe – is expected to be released later in 2011.