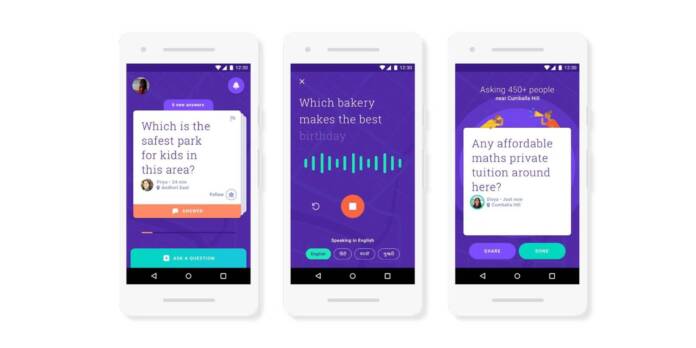 Google does a lot of experiments with various apps and in various territories, but not all of them can be called successful. The latest casualty is an app launched in India called Neighbourly, which is basically a Q&A app for people near you. After just two years, Google has decided to shut it down next month since it has failed to get the traction they were expecting. It actually never left the beta phase and so the tech giant is giving up so they can focus on other more popular apps.

The Neighbourly app was released in India back in 2018 and was meant to help people in India explore their neighbourhood by asking questions and advice from local experts. There were 10 million downloads on the Google Play Store and 1 million questions were answered in a span of two years. Google never really brought it out of beta though and they now say it never really reached the traction they were expecting.

And so they have decided to shut down the app by May 12. They believe that “in these difficult times” where manpower and resources have probably been limited due to the COVID-19 pandemic, they would rather concentrate on their apps that are more useful to millions of people every day. As always, whenever they close “failed” apps, they say they will be applying the lessons learned here and use them to improve their other or future products.

In case you were active in Neighbourly app and would like to download your data, you have until October 12, 2020 to do so. Go to Google Takeout to do so and you will be able to save information like your posts, replies, comments, the content that you liked and saved, polls you voted on, content you reported and moderated. Even after the app has shut down, you can still save your data if you want to.

In case you want to continue helping your community with information about your neighbourhood, you can still continue to do so by becoming a Google Maps Local Guide. This is probably one of the reasons why the Neighbourhood app didn’t really take off, since people were already using Google Maps to ask and answer questions.