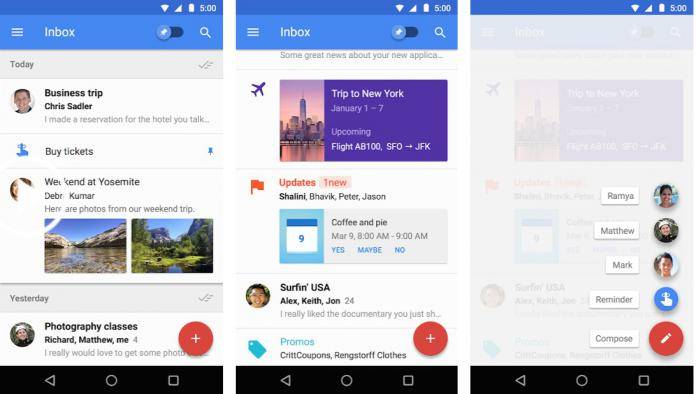 The moment that Google started bringing Inbox features to its “official” email app, we knew the latter was eventually doomed. As expected, the tech giant has now announced that support for the Inbox app will end by March 2019. It was a good 4-year run and while Gmail is still not as robust as Inbox, you can expect Google to hurry and bring all those much-loved features to their main and soon-to-be-only email app and service.

Google’s angle is that Inbox was always meant to be “a great place to experiment”, bringing new email ideas like snoozing, swipe gestures (which they probably, actually got from other email apps), Smart Reply, Nudges, etc. But now, it looks like most of them have already been adapted for Gmail, especially the recent major update. So they want to have “a more focused approach” and will instead concentrate on bringing more features to Gmail.

There are still several Inbox-only features that most users would love to see end up in Gmail before they stop support for the former. This includes features like date sorting and separation, built-in trip bundles (not a separate app like Trip), snooze in notifications not just emails, built-in reminders, and more swipe gestures. We’ll probably eventually see them over the next few months and if not, we can always request/demand for it and eventually they’ll give in if enough people ask for it.

The transition from Inbox to Gmail will probably not be that hard since there are a lot of overlaps (hence the decision to just have one probably). But Google did prepare a guide that should help people who are more dependent on the former understand what the latter can offer.

Support for Inbox will end by March 2019 but in case you want to disable access to it already, you can already do it now in the admin console. G suite company users are already encouraged to transition their employees to Gmail.