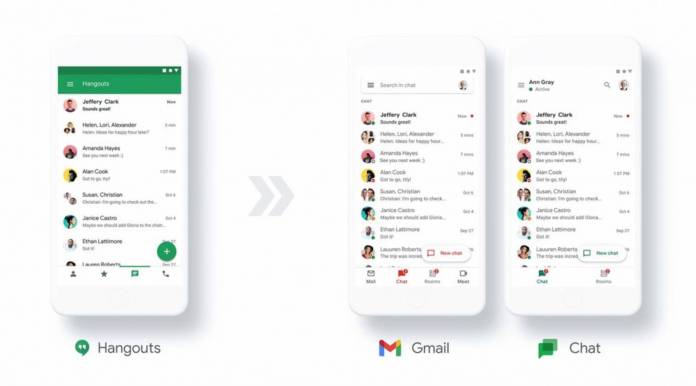 Google has not officially said they’re killing off Hangouts but the latest official news from the tech giant seems to all but confirm that. They will be migrating all of your Hangouts data to Chat and making the latter free for everyone. Plus they also announced some “changes” that will be happening to Hangouts on Google Fi and Google Voice so basically they just stopped short of saying that Hangouts will be no more probably by next year as all these migrations and transfers will be happening by then.

Chat is currently a Slack-like messaging service that is only available for Workspace users. But by next year, it will become a free stand-alone app and will also be integrated with Gmail. So by the first half of 2021, dates still undetermined, everyone will be able to migrate from Hangouts to Chat. A lot of the features from the former can be found in Chat but there are also better ones like assigning tasks, sharing and collaborating on files, etc.

The transition should be pretty smooth as Google will be migrating chats, contacts, and saved history. In terms of security, Chats also has the same phishing protections as Gmail so links sent there go through their Safe Browsing tech. They did not state any specific timeline for the transition and migration except for the first half of 2021 as “timing may shift” but they will be giving more specific instructions and information leading up to that time.

As for the other Hangouts integrations, changes are also afoot. Google Fi support for Hangouts will be removed next year and will be transitioned to Messages by Google. Hangouts Voice users will be directed to the Google Voice app. The call phones feature in Hangouts will also be removed because of new telecommunications regulations in the U.S. and the European Union. For those using Google Workspace, the migration to Chats will also be starting in the next few months.

So while there has been no official “Hangouts will be gone” announcement, all these changes will render it basically useless once they have rolled out. We don’t know if this is the step needed to fix Google’s messaging apps strategy but hopefully they’re finally figuring it out.