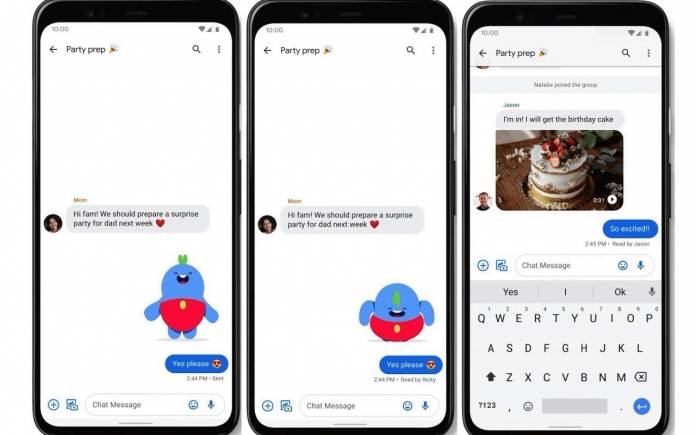 While probably almost all of us would like to have the ability to send and receive RCS messages officially, it was only available in certain markets and for certain carriers. Some found a way to enable it on their Google Messages even if they were living in an unsupported market. However, Google has now announced that they will be disabling this workaround by the end of February as they continue to expand the chat features to more regions to bring people to the “future of digital messaging”.

If you’re not yet familiar with Rich Communication Services or RCS, it basically brings extra functionality on top of the usual SMS we receive. Some have called it the eventual evolution of SMS. It brings you things like typing indicators, group chats with more features, support for better file/media sharing, read receipts, etc. It acts more like iMessage or the other instant messaging apps, expect it’s not a separate app but part of your built-in messages.

The problem is that it was not made available for everyone and was only in a few supported markets. Of course, people were able to find a workaround to it and Android Police shares that some were able to create a hack that enabled Google’s RCS/chat services on Google Messages. But when RCS started rolling out in the U.S., Google said they will eventually migrate those using the hack to the real RCS.

That day is almost here. Google has now released a statement saying they will be disabling the “unsupported workarounds” by the end of February. The chat features will be disabled for everyone using this hack, including older versions. Users will be migrated to the “official solution” but of course this will only benefit those who are in territories where RCS is already available. The rest of the world will just have to wait.

Hopefully, Google will be able to roll out RCS messaging globally soon. This is the best solution so far when it comes to matching Apple’s iMessage. Also, hopefully, the respective carriers will also be able to cooperate.