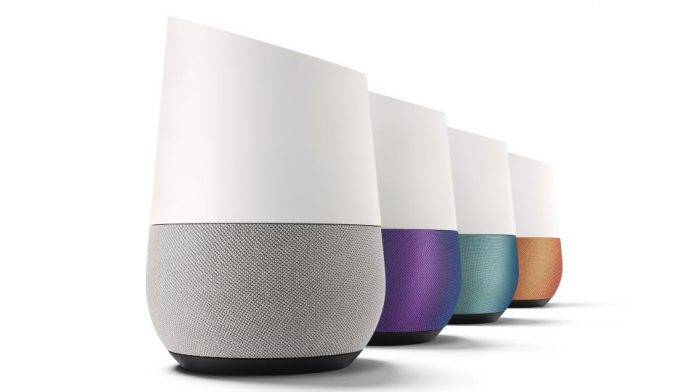 While Amazon has released a whole slew of new products for their Echo smart speakers line, it looks like Google is getting ready with adding another one to their Google Home series, if rumors are to be believed. Sources are saying that they are currently developing a variant of their smart speaker that will have stereo speakers and will probably be a little bit more expensive than their current one. It is supposedly codenamed Google Home Max, but that is not the final name of course.

When you say that it has stereo speakers, it will most likely have dual mid-range drivers and a single tweeter and it will be encased in a singular unit. As for how it will look like, it will reportedly be premium design-wise and in the materials that will also be used. So it will probably be more expensive than the current price of the Google Home, which is around $129. It was part of a focus group by Google to help them develop new products, which also included a smaller version, a premium Chrome OS laptop, and smart headphones.

What the sources could not say is where Google is currently at in the product development stage. There is also no news if it will be announced at all during the October 4 announcement of the new Google products. But it will make sense if they do announce it and then release and ship it later on as it’s a sign of intent that they are indeed expanding not just their home speaker line but also Google Assistant’s capabilities.

But at least, Google hardware fans will have something to look forward to next week. Expected to be announced at the event are the Google Home Mini, the new Pixel 2 and Pixel 2 XL, and the Pixelbook Chrome OS laptop. Given that two of those were in the aforementioned focus group, chances that the Google Home Max is actually real is pretty good.