Google really wants you to know that they’re concerned with your digital wellbeing. In fact they’ve been implementing a program called…well, Digital Wellbeing. They have launched new features in both Calendar and YouTube but it looks like they’re just getting started. An APK teardown reveals that we might be seeing new features in both Google Assistant as well as Google Home devices. They are aimed particularly at kids but also at adults who need help in controlling their digital habits.

The upcoming redesign to Google Assistant setting sees four main tabs: Personal Info, Assistant, Services, and Home. The change shows up in the last tab where previously there was a section called Family Tools. But from version 8.18 to 8.20, we now see that it has been renamed to Digital Wellbeing. Under it, it now says Filters, Downtime, instead of the previous Family mode (but Downtime is still retained). 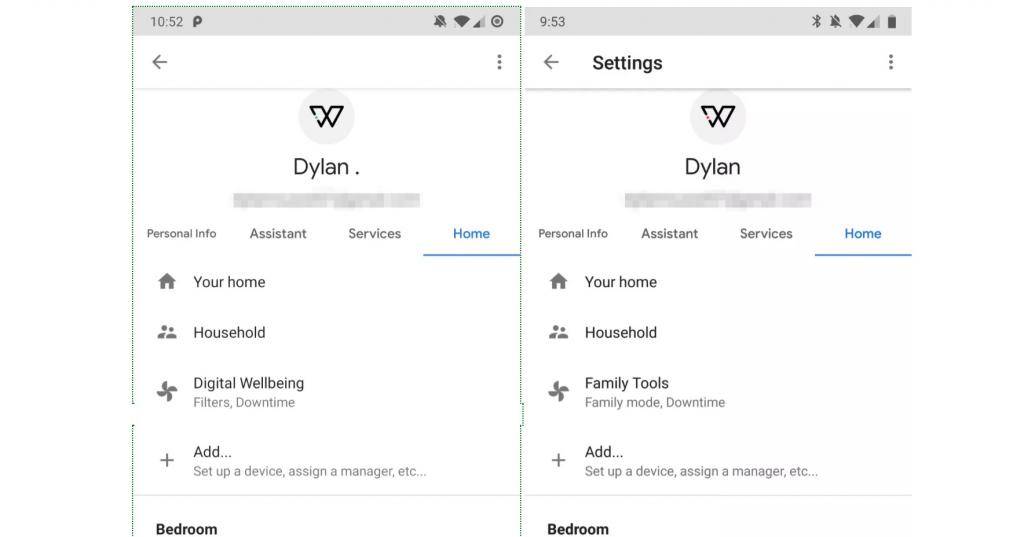 The filters refer to limiting what content kids can search for as well as limiting the voice games that they can access. Downtime meanwhile will block users from using Home during the hours you specified that you shouldn’t be able to use it, like in the evening or during family time or when there should be no distractions. It’s similar to the Wind Down feature of Android, although that is more to help you sleep by “forcing” you to disconnect.

When you tap on the Family Tools menu, it acts like it will open the Google Home menu but since the actual companion client is not yet updated, then nothing will actually happen just yet. Let’s wait for the actual update to roll out in both Google Assistant and Google Home.

These new things are not really surprising as Google wants to make their Home devices more kid-friendly for those households that have lots of little ears and eyes. They might also be preparing for the launch of Assistant for Households which has been spotted in other APK teardowns.