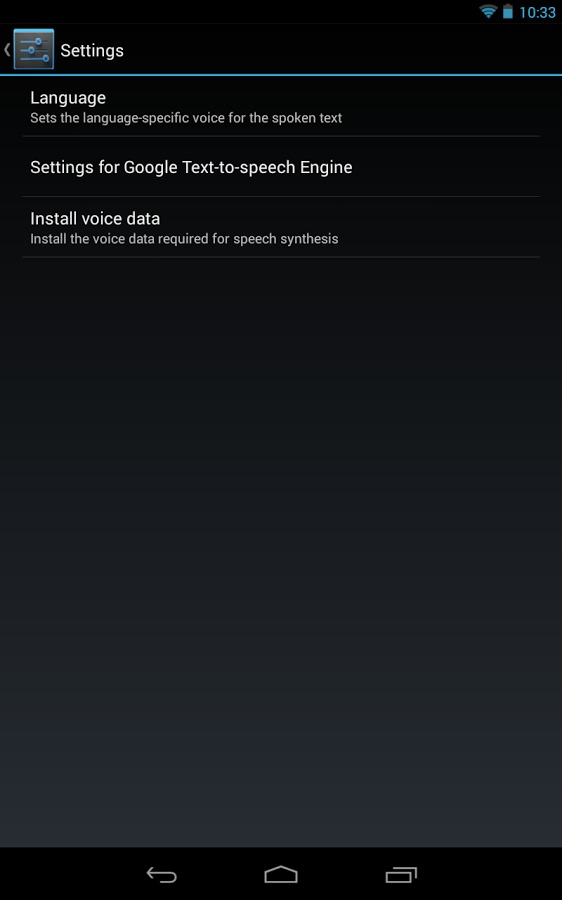 Google has just uploaded its own Text-to-Speech engine as an independent app on Google Play Store. While this is hardly a groundbreaking change, it does give the Android maker some leeway in pushing out updates to the engine.

Previously only a part of what is considered to be accessibility features, text-to-speech, or TTS for short, have become an integral part of the modern mobile user experience, providing the voice for features like reading books, translations, and more. While some Android devices, such as those from Samsung, come with their own TTS engines baked into the system, Google provides its own engine and downloadable voices that some find to be a lot better than those preinstalled on their smartphones or tablets.

In some cases, at least for Nexus devices, the Google Text-to-Speech engine comes built into the image, making it uninstallable. However, with Google’s TTS engine now on Google Play Store as a separate app, it can more easily roll out updates independently, without having to build and push firmware updates for devices and manufacturers, something that will definitely take up more time and resources.

Of course, the Google Text-to-Speech engine is available for free and can be downloaded from the link below. Once installed, simply go to the Language & Input settings of your device and select it as the default TTS engine. Choosing a voice that has not yet been installed will automatically download and install it for you.