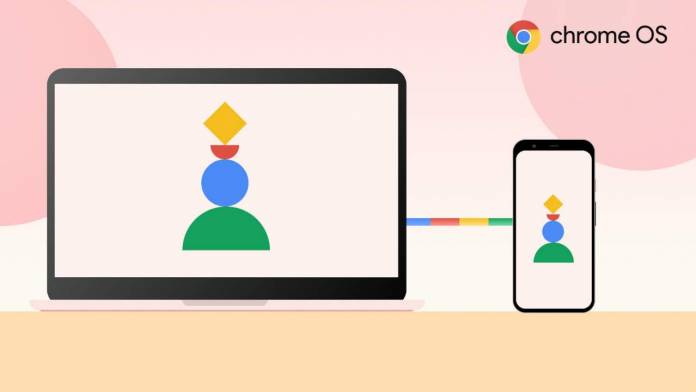 It would be great if all your Android and Google products would work well together right? You would think they would given they’re just under one company but it’s somehow taking them some time and effort to have a well-oiled ecosystem. As part of their Better Together initiative to make things more seamless, they’re now working on getting a Push feature to mirror your apps from your smartphone to your Chromebook. And as expected, it’s Pixel devices that may be getting this feature first.

9 to 5 Google shares in an APK Insight post that Google has been working on a “push” button since the Android 12 Developer Preview 1 came out in February. The button basically will give you the option to push content to a nearby Chromebook. The feature is codenamed “Eche” and it is handling the Chromebook side of things while there is a com.google.pixel.exo command on the Pixel side which will enable this feature. By the way, Eche means to throw or cast in Spanish.

Basically, you will be able to use the apps on your Pixel device directly on your Chromebook “when you’re at home”. This means both devices have to be on the same network in other to have a direct stream connection. You will be mirroring your phone’s screen on your Chromebook essentially allowing you to see and use the apps directly. It’s broadcast over WebRTC which is the same tech used by real-time video apps, like Google’s own Duo app. It sends data back and forth between the two devices.

Based on the current APK, the workflow involves users opening the Recents menu on Android 12 and then tapping on the Push button. You’ll have to accept the notification that you’ll get on your Chromebook to see that specific app in a new window. Another way would be to click the mirrored notification from your phone on your Chromebook and the app will open directly there. This way you can view and reply on that app without needing your Pixel device.

Of course for this to work not just for Google apps, developers will have to possibly rework their apps. We’re not sure yet when this will be beta tested on Pixel and Chromebook devices so we’ll have to wait and see.