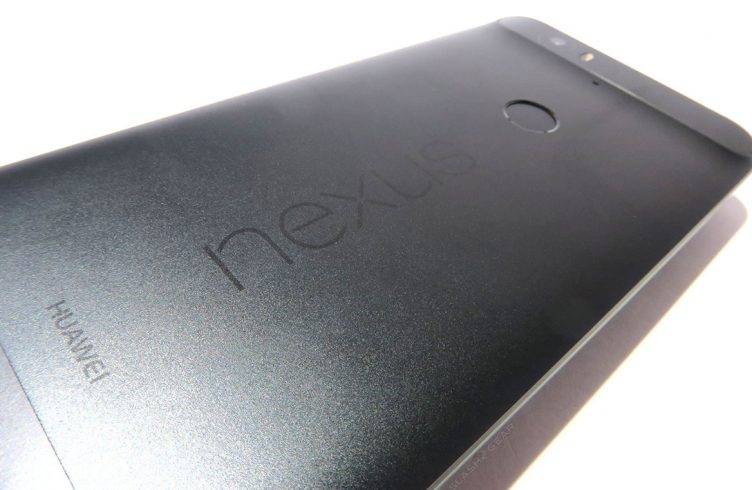 When you own an Android device (or practically any device), you’re aware that its life span when it comes to major updates isn’t always that long. At some point in time, you know you’ll stop receiving updates and you’ll have to either stick with it or upgrade to a newer one. Google has now updated its support page to indicate when Nexus devices will receive their latest version of a major Android update, supporting the two-year cycle we’ve come to expect from these “pure Google” devices.

Probably the most important item in this list is that the Nexus 9, released back in 2014, will still be receiving the Android N later this year, but that will be the last. The latest Nexus devices however, the Nexus 5X and the Nexus 6P still have one more update in their cycle as their end date would be September 2017. This also somehow indicates that next year’s update, probably Android O will be a month early. Surprisingly, what’s not on the list is the Nexus 6 and the Nexus Player, but they will probably have the same time frame as the Nexus 9.

The great thing about Nexus devices is that they are the first to receive the updates, way ahead than all other devices from other OEMs. And even if you’re already past your “expiration date”, you will still be receiving security fixes for an additional year. Plus, the dates indicated in the page say “no guaranteed Android version update” but doesn’t necessarily mean it won’t receive any more updates. 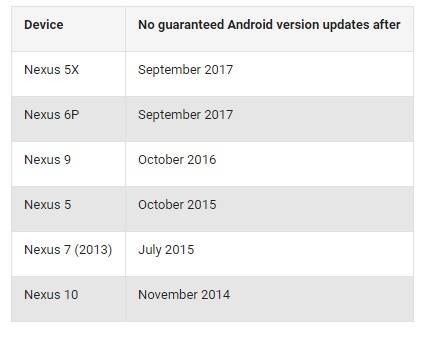 So if you own a Nexus 10, Nexus 7 (2013), and Nexus 5, which all have already no guarantees for updates, you can either stick with it and hope for some minor updates every once in a while, or upgrade to the newer ones. Or you cab even wait for the new Nexus that will probably be unveiled later this year.