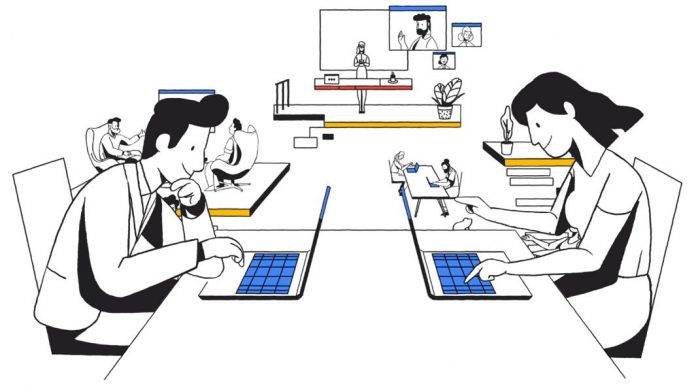 Being able to work on your documents even when mobile has become an important factor for a lot of working people who are digitally savvy. Apps are downloaded or not downloaded depending on that aspect of being able to do on your mobile devices what you can do on the desktop version. The whole Google Suites, which includes Docs, Sheets, and Slides, has now gotten an update which should make things even easier when working on your smartphone or tablet.

Whenever someone mentions you in any of the Google Suite apps, whether it’s in a comment or a task or even just sharing a document with you, you’ve probably received it in your Google Drive Android app. But now, if it’s on any of those apps mentioned above, you’ll also receive a notification there specific to the one you’re working on. So if you are mentioned on Sheets for example, then you’ll receive a notification from the Sheets app instead of Google Drive in general. This will happen if you have the updated version of the apps of course. 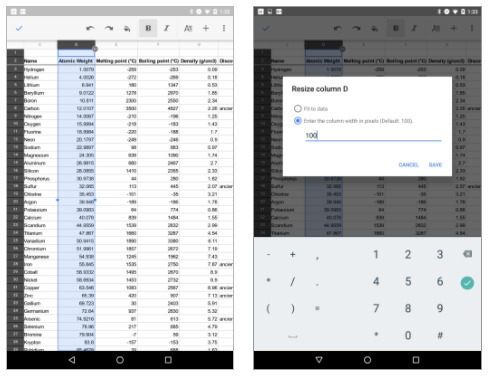 Sheets is the app that is getting some significant updates as well. You can now resize rows and columns on your Sheets app by specifying their pixel sizes. You will also now be able to create and edit data validation criteria and even change the color of the sheet tabs so it’s easier if you’re working on a sheet with many tabs. 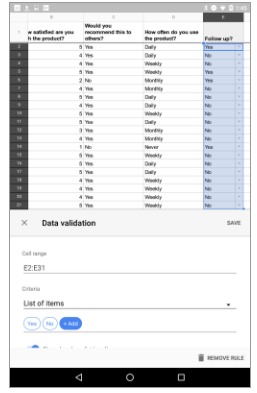 You can update Google Drive, Docs, Sheets, and Slides on their respective Google Play pages. We look forward to what the next updates will bring us.