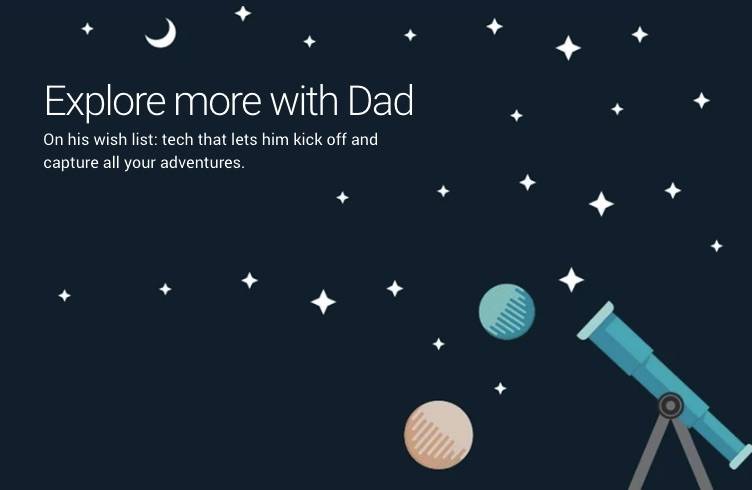 We’ve only featured one Father’s Day promo from both Samsung and Verizon combined. When you get a new Samsung Galaxy S7 or S7 edge phone from the mobile carrier, you can receive a Gear VR or a 50-inch Smart TV. The two actually announced more items but they are mainly for bill credits. As for Google, the tech giant has already slapped new discounted prices on its bestselling products just like the Nexus 6P, Google Cardboard, Chromecast, Nest Cam, Chromebook, and Pixel C.

Google’s latest Nexus 6P offering is being offered with a $50 discount. Starting price is at $449. The Google Cardboard is now only $10 while the latest Google Cast products–Chromecast and Chromecast Audio, are ready for $30 each (after a $5 discount).

Looking at the latest wearables, the CASIO Smart Outdoor Watch and Huawei Watch are listed with $399 Huawei Watch and $499 smartwatches. When it comes to mobile computing the ASUS Chromebook Flip and Acer Chromebook R 11 are available for $249 each. Meanwhile, the Nest Cam is $199 and the OnHub from TP-LINK is down to $179.

You can also choose to give the significant man in your life a new Pixel C with a $499 price tag coupled with the Pixel C Keyboard at $149. If you want to enjoy virtual reality, try the Mattel View-Master VR Starter Pack for only $29. Last but not the list, the Nexus 5X is also now at $349.

So, what are you gonna give your geeky dad this Father’s Day? You’d better plan it really well.