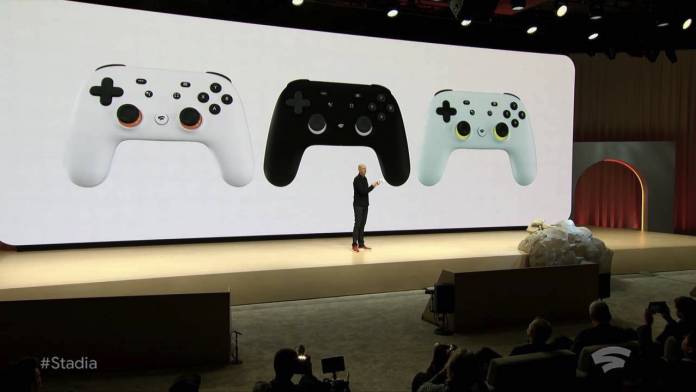 There is still so much to know and say about the Stadia but we’ll have to be patient. We first learned about it back in the first quarter as a new cheat-proof and cloud-based video game platform by none other than Google. The tech giant held a press conference ahead of E3 2019. The Stadia controller also went up for pre-order on the Google Store. Pricing and launch titles were released and we learned more details on how the streaming service actually works.

The Google Support FAQ page lists the sign-up process for Stadia. It will begin this November. Once you sign up, you will receive a redemption code. This will then be used to buy the Stadia Founder’s Edition.

More questions have been asked and received answers on the FAQ page. The question of whether the Founder’s Edition purchase is tied to the Google account used at time of purchase or can account be switched later, the Stadia team answered said any personal Google Account can be used to sign up. The redemption code will be sent to the email provided. When redeeming a Stadia code, a different email account can be used.

Games you have purchased on Stadia will be available always to buyers even after the game publisher someday stops supporting Stadia. The right to play it is yours although no further support may be provided by the developer or publisher.

Multiple gaming will be allowed in the future and up to four Stadia controllers can be supported during local multiplayer gameplay. Note that the Stadia Controller can be plugged into a phone, tablet, or computer via USB-C. To play a game, you need a WiFi connection. Bluetooth will not work directly to connect phones and controllers. What happens is the Stadia Controller connects via BLE for setup and connects via WiFi for actual gameplay.

All Pixel 3 phones will support Stadia at launch. Any tablet that runs Chrome OS will also support Stadia. More mobile devices will be able to work with Stadia soon. As for the possibility of the Daydream or VR headset integration, it may happen but Google isn’t making any promises.