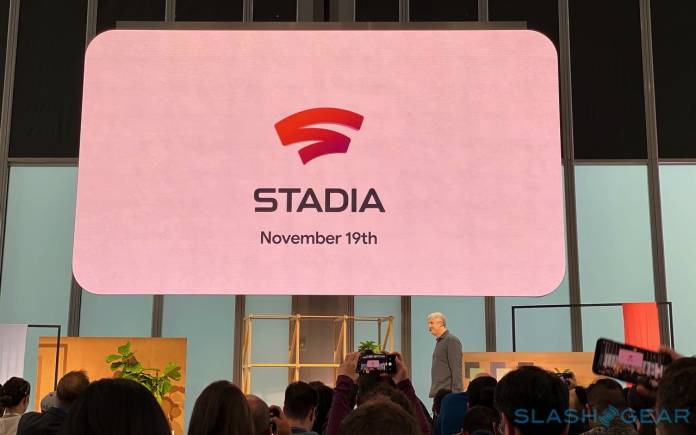 The Google Stadia finally has a release date. It was announced the other day and we learned the cloud gaming platform and the controller will roll out on November 19. The gaming service will be available first on the Pixel 4 but will also be compatible with the Pixel 3 series. We’re not sure when the Pixel 3a and 3a XL will get it though. We can say for sure the Pixel 2 and Pixel 2 XL will also receive Stadia support.

The ‘Stadia availability & requirements’ support page on Google was recently updated to include both the Pixel 4 and the Pixel 2. Checking the list again, we can see the Pixel 3 and 3a will be supported as well.

Google Stadia platform and the Stadia Controller hardware will be available in the following regions and countries: United States, Canada, United Kingdom, Belgium, Denmark, Finland, France, Germany, Ireland, Italy, Netherlands, Norway, Spain, and Sweden. In Europe, the Premiere Edition has also sold out in the UK. This is different from the Founder’s Edition. Meanwhile, in Canada and the US, it’s not sold out yet.

Google has not really and formally announced minimum requirements for Stadia to work. The Pixel 2 is a bit old with the only 4GB of RAM and Snapdragon 835. If those two can handle Stadia, then maybe other Android devices with at least the same processor and RAM can support Stadia. We’ll see.

When it comes to the Google Stadia Controller, its wireless play will only be available on TV via a Chromecast Ultra. This means it will not easily work wirelessly with Pixel devices and computers at launch. It’s only a temporary setback so there’s nothing to worry about unless you’re really impatient. You don’t have to worry about where to get a Chromecast Ultra because one will come with the package together with the Stadia Controller.